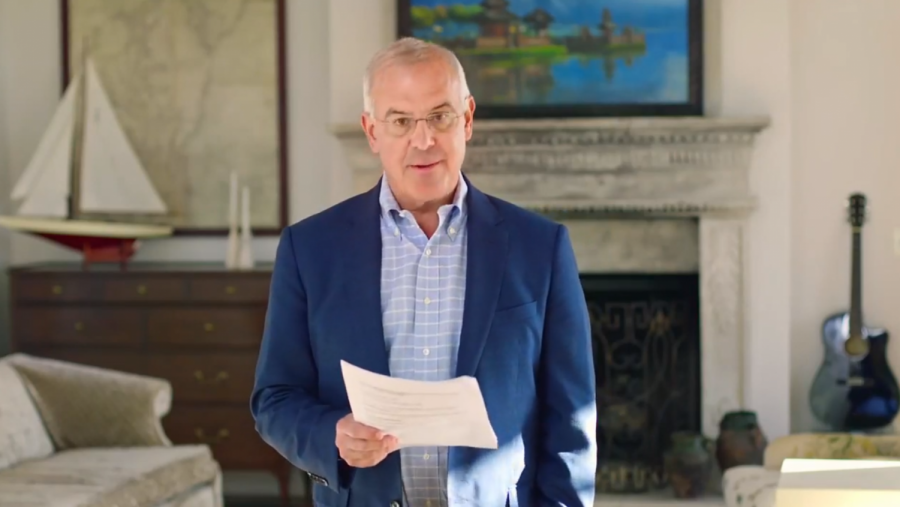 David Brooks spoke from a Kuyperian view on how politics has entered every sphere of life. (Photo from Calvin University Facebook)

Brooks has written about politics, culture and the social sciences for the New York Times since 2003, also appearing as a commentator on shows like “PBS NewsHour” and NBC’s “Meet the Press.”

“While Abraham Kuyper was well known as a scholar, politician, and religious leader, one of the other hats he wore was that of a journalist,” said Michael Le Roy, president of Calvin University in a news release. Le Roy continued to commend Brooks’ work in promoting civil discourse, connecting such efforts to those of Kuyper.

The Kuyper Prize is awarded annually by Calvin University and Calvin Theological Seminary to scholars and leaders who reflect the ideals of Kuyper and neo-Calvinism.

“There is not a square inch in the whole domain of our human existence over which Christ, who is Sovereign over all, does not cry, Mine!” Kuyper famously said.

Brooks discussed how politics rather than faith have infected every sphere of American life, becoming an integral part of many people’s identities. His talk focused on human desires to know and be known, the subjectivity of every person’s identity and Kuyperian views on unity.

The presentation ended with a time for questions from the audience, moderated by Jul Medenblik, president of Calvin Theological Seminary.

When asked by Chimes why his message is important to Calvin students and his challenge to them, Brooks told young people to cherish the moral tradition that Calvin offers and encouraged them to effect change in the church.

“Over the next ten or fifteen years of your life, you’re going to make four commitments or recommitments: one: to your faith, two: to your spouse and family, three: to a career or vocation, and four: to a community. And the success of your life will depend on how well you choose and execute on those commitments,” Brooks said in his response.

The award ceremony, which included a $10,000 prize, was initially scheduled to take place at the Kuyper Centennial Congress in New York City, commemorating the 100th anniversary of Kuyper’s death this year.

Instead, the ceremony took place virtually, with more than 300 attendees from across the nation.