The Mandalorian’s return leaves viewers waiting for something new 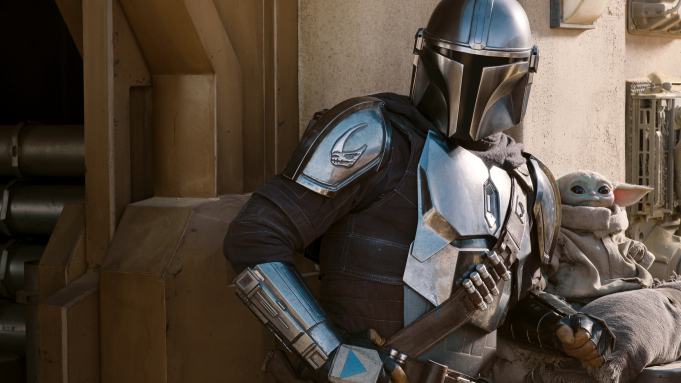 The Mandalorian (Pedro Pascal) and the Child in THE MANDALORIAN, season two, exclusively on Disney+

Good news: Baby Yoda is back!

From the very beginning, “The Mandalorian” was always a story about a simple relationship between a ‘father’ and his ‘son’ and small moments of the two traveling and defeating various baddies side-by-side. Judging by the introductory couple of episodes, season 2 of the critically acclaimed live action Star Wars TV show looks to be no different. Fortunately, since filming wrapped up in March before the pandemic shutdown, the season was released as planned on October 30.

Din Djarin, who most refer to as “Mando,” is forever on the move. During the season premiere, he treks off to Tatooine, where just about everything in the Star Wars universe seems to happen even though it’s in the middle of nowhere. Mando is searching for members of his own kind so he can help return the Child, a.k.a. “Baby Yoda,” to his own kind. Although he doesn’t end up finding any fellow Mandolorians, he does win himself some old Mandalorian armor ― that will be familiar to those who’ve seen the prequel and original trilogies ― by defeating a giant sand monster, the Krayt dragon.

In the most recent installment of the show, Mando is stuck playing a reluctant taxi driver to a large female frog alien. On top of that, he barely escapes a pair of New Republic X-wings who attempt to capture him, crashes onto an icy planet, and gets attacked by a horde of malicious spiders. Oh, and he also has to figure out how to seriously discipline the Child for the first time: It appears that Baby Yoda has progressed to the so-called terrible twos stage of his development.

While Chapter 9 had the high stakes, Western vibe, and fan servicey easter eggs that characterized previous great episodes of “The Mandalorian”, I found Chapter 10 to be a much more difficult watch, for a variety of reasons.

Mando is clearly frustrated by his present circumstances, and viewers are frustrated along with him. Left with a broken ship and only a female frog alien and Baby Yoda to keep him company, he is perhaps more isolated than ever before.

Additionally, the episode is filled with quite a few strange moments that left myself, as well as many other viewers, feeling either confused, unsettled, or both. The worst part: I wasn’t sure if I could root for Mando and Baby Yoda during this segment of their journey; their behavior seemed too problematic to me. Mando seemed indifferent to the frog lady’s distress while Baby Yoda actively contributed to it. One can only hope that the various issues and loose threads that this episode created will be satisfactorily resolved in upcoming ones.

Throughout the two episodes, we can see how Mando has developed since last season. As mechanic Peli Motto astutely notes, he is now much more comfortable around and accepting of droids after his experience with IG-11’s self sacrifice in Chapter 8. We can also see him becoming more protective of Baby Yoda, as well as Baby Yoda becoming more attached to him. It begs the question of how the duo will react to their inevitable separation when Djarin finally fulfills his mission to bring Baby Yoda to other Force-sensitive folk.

And this also leads me to wonder: what precisely will Baby Yoda have to face in his future? When and in what way will he be forced to use the Force again? Who will be his Jedi mentor? What is his larger significance?

There’s also the issue of the larger galaxy-wide narrative happening in the background. “The Mandalorian” takes place five years after “The Return of the Jedi” and 25 years before “The Force Awakens.” Although this leaves quite a bit of wiggle room, it’s possible that Mando, Baby Yoda, and crew could stumble upon an early version of the First Order during their interplanetary travels. How do they avoid making a significant impact on the timeline already established in the sequel trilogy? These crucial continuing mysteries will compel me to keep watching.

So, if you haven’t yet set aside 40 minutes of your Friday evenings for “The Mandalorian” viewing, I hope you’ll consider doing so. As fans of the show will tell you, “this is the way.”