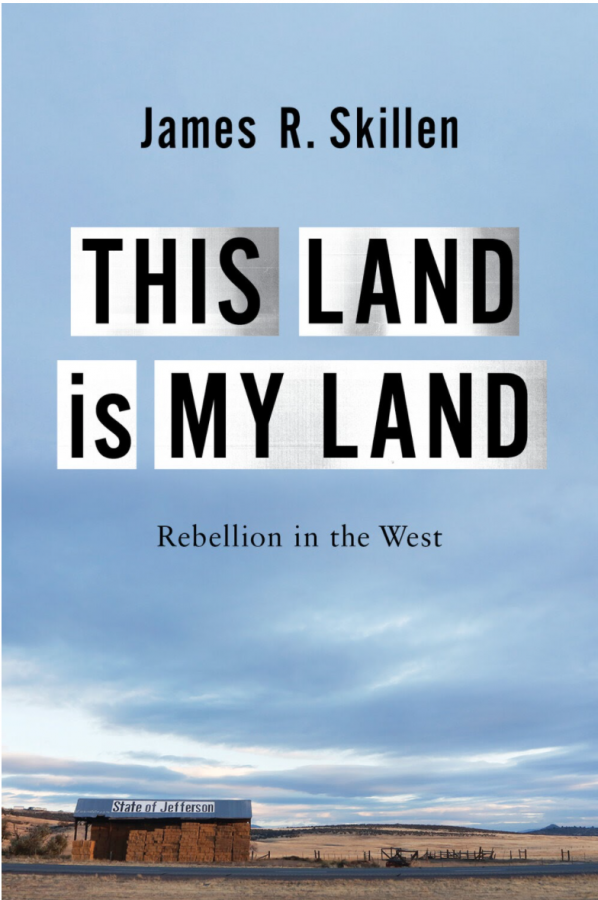 When militias squared up against the federal government in 2014 to defend a rancher whose cattle were being rounded up for grazing on public land, a British reporter interviewed Calvin’s very own James Skillen, professor of environmental studies, due to his prior scholarship on the topic.

According to Skillen, the reporter found it bizarre that “vigilantes could stare down the federal government and win.” He had a simple question for Skillen: “How is this really happening?”

This question eventually prompted Skillen to write the book “This Land Is My Land,” which came out in September. According to Skillen, the book gives a 40-year history of rebellions in the West through the lens of the evolving conservative coalition in U.S. politics.

Skillen, previously the author of “The Nation’s Largest Landlord” and “Federal Ecosystem Management,” is no stranger to the topic of public land. At Calvin, Skillen leads field courses on public land in places like the Sierra Nevada mountain range in California.

For “This Land Is My Land,” Skillen spent about three years interviewing a diverse group of scientists, land managers, environmental historians, law professors, American religion historians and religious studies scholars. He also said he drew on decades of experience in the West, both professional and recreational. Calvin graduate Olivia den Dulk researched and created all the maps for the book.

“I started out with these stories of militias on the land,” Skillen said, describing how the book intersperses specific narratives of public land conflicts with an academic history of the larger political and religious context.

In researching the conflicts, Skillen found that he couldn’t answer the question, “How is this really happening?” without also understanding evangelicals and Mormons in American politics. “With this book, I’m doing more religious history than almost any other public land book I know and I’m definitely doing more public lands than any religious historian would do,” Skillen said.

Although the book is about the West, it also speaks to nationally relevant questions. Skillen noted how, in the 70s, Westerners who wanted to make money off public lands drove most of the conflict. By the time of the Obama administration, the fight against federal authority on public lands had become central to national politics. Skillen said, “[The] Conservative coalition has made room for elements that forty years ago would have been so extreme that no serious member of Congress would countenance [them].”

Skillen hopes, too, that the book would be useful to Christians who want to understand the reasons why environmental issues divide the church. According to Skillen, public land is a “visible representation of federal authority” and regulation is often resented by ranchers and business people. But Skillen also called it  “a space in which we can deliberate about ‘What are the values of this country? Who are we as citizens? What is our relationship to the land?’”

“This Land Is My Land” is available on Amazon, and chapter summaries can be found on Skillen’s website.