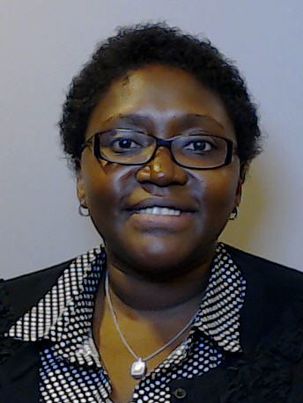 Nursing professor Adejoke Ayoola will be inducted into the American Academy of Nurses 2020 Class of Fellows for her work with women’s and reproductive health.

Nursing professor Adejoke Ayoola will be inducted into the American Academy of Nurses 2020 Class of Fellows for her work with women’s and reproductive health, according to a Calvin press release.

Ayoola has spearheaded work with women in Grand Rapids. The core is outreach to communities and neighbors, based on the principle of listening to women’s needs and working to meet them.

Globally, women face many reproductive health problems, from endometriosis–in which tissues that normally line the inside of the uterus implant themselves and grow outside the uterus–to unintended pregnancy.

In order to help meet the needs and desires of the community, Ayoola helped start the Preconception Reproductive Knowledge Program in 2012. Through PREKNOP, women are paired with nursing students and professionals who educate them about their body and the menstrual and reproductive process. They talk about reproductive anatomy, menstruation, ovulation, methods of birth control and early signs of pregnancy.

“Everything we do comes from listening to the needs of the women in these communities,” Ayoola emphasized. Meetings typically take place in the homes of the individuals participating in the program, which allows the program to take a holistic approach to meeting women’s needs.

Ayoola recalled one instance in which one participant’s house had an insect infestation. “We visited this individual’s home, and because of the infestation we worked to help connect them to the Kent County Health Department,” she said. The holistic, women-centered nature of the PREKNOP allows it to focus on the entire lives of the women.

After PREKNOP was established, Ayoola asked the women how the program could be improved. Many women responded that they wanted the program to include their daughters.

“And that was how HEALTH camp started,” Ayoola said.

HEALTH camp is a summer program run by the nursing department that brings together around 120 girls between the ages of 9 and 15 to learn about health and explore jobs in the health career field, according to Calvin’s website.

“We bring in people from many departments on campus,” Ayoola said. Professors from the biology, Spanish, kinesiology, and speech pathology departments all work together to provide teaching sessions for the girls participating in the camp; Calvin students from various disciplines serve as counselors, leading activities and break-out sessions.

The camp teaches girls about reproductive health, but also about other aspects of health, such as nutrition, exercise and self-esteem. In addition, HEALTH camp focuses on teaching campers about careers in the health professions, with the goal of educating the next generation of healthcare leaders.

“One important part of HEALTH camp is leadership,” Ayoola said. “Less than one percent of nurses have their terminal degree.” She hopes that the HEALTH camp program helps to raise up the next generation of healthcare leaders.

Both PREKNOP and HEALTH camp involve Calvin students on various levels. According to Ayoola, over 200 nursing students have helped educate women in Grand Rapids about their body, both through summer research projects and clinical rotations. Through HEALTH camp, students who serve as research assistants and counselors build bonds with girls.

“We have students from all disciplines–nursing, social work, public health, biology, pre-med,” Ayoola said. Many students who participate in PREKNOP and HEALTH camp discover a passion for working in reproductive health, and many go on to participate in graduate programs.

“I’m excited to see what the next step will be,” Ayoola said, “as we continue to listen to the women in our communities.”