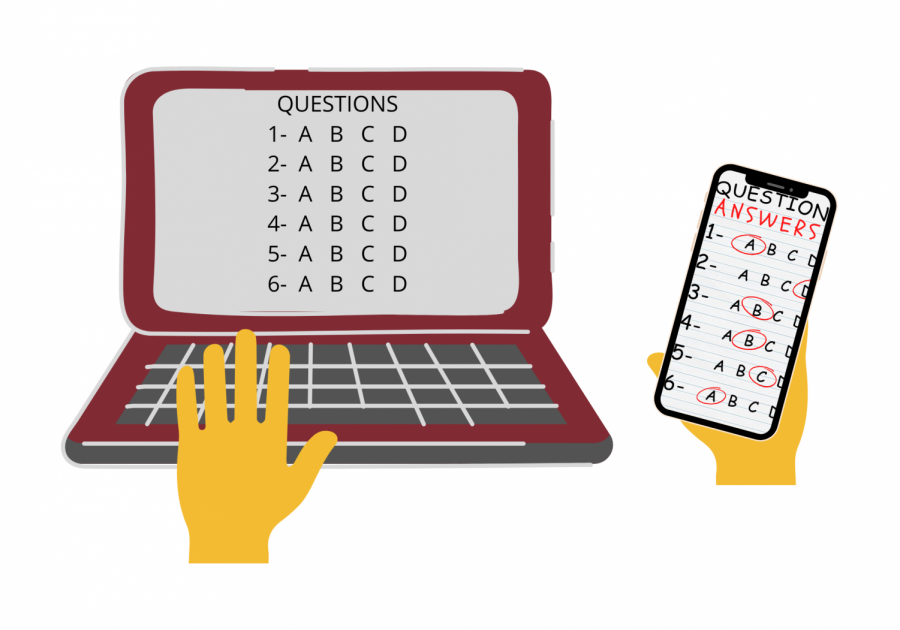 Instead of handing their final exams across the table to their students, professors will be sending them to students around the globe as Calvin plans to shift to an entirely online class format starting Nov. 30.

Computer science professor Joel Adams typically administers his final exams in class with pencil and paper, but he’s switching to a Moodle quiz this semester. Although the content of the exams will be “very similar” to what it would have been in person, Adams noted that auto-graded multiple choice questions and typed short answer responses that are easier to read than handwritten ones will make the grading process smoother.

Adams is one of several Calvin professors using Respondus technology to prevent cheating on final exams. The Respondus LockDown Browser, described on the Respondus website as being the “‘gold standard’ for securing online exams,” shows the exam full-screen on the student’s computer and prevents actions such as copy-paste and screen capturing along with any use of applications unrelated to the test.

“I’m not super-concerned about cheating, as I think most Calvin students are pretty honest, but using Respondus and the lockdown browser will discourage students who might be tempted to cheat from doing so,” said Adams.

Professor David Dornbos of the biology department is also using Respondus for the first time this semester. In an effort to provide continuity and fairness to students, he has administered all of his exams online throughout the semester.

While Dornbos acknowledged that online exams prevent students from scrolling between questions and add a timed component that could increase stress, he also said that his online exams give students increased flexibility, allowing them to choose their testing environment and time frame within an allotted 24-hour window.

Political science professor Abigail Vegter isn’t using Respondus. Instead, she has chosen to make all of her exams open-book. Vegter, who is teaching entirely online courses this semester, typically administers closed-book tests in person but prefers open-book exams for online classes.

“While my students may initially be happy at the open-book nature of my exams, they tend to agree at the end that this format does not necessarily impact the amount of work they put in regarding test preparation,” Vegter said.

For students looking to prepare for exams in an online format, the Center for Student Success has a variety of resources and recommendations. Julia VanderMolen, a student success specialist, recommended that students reach out to their professors ahead of time concerning the format of their final exams. If the professor is planning to use Respondus or other potentially unfamiliar software, students can ask to take a practice quiz to gain experience with the format.

Mathematics professor Michael Bolt lamented that online final exams represent a lost opportunity to participate in communal academic activities as students and professors become accustomed to a world of social distancing in an academic setting.

“At an in-person exam there always is a joy in being together at the end of semester where one can commend students (or an entire class) for a job well-done,” Bolt said. “It is so much different with a remote exam.”