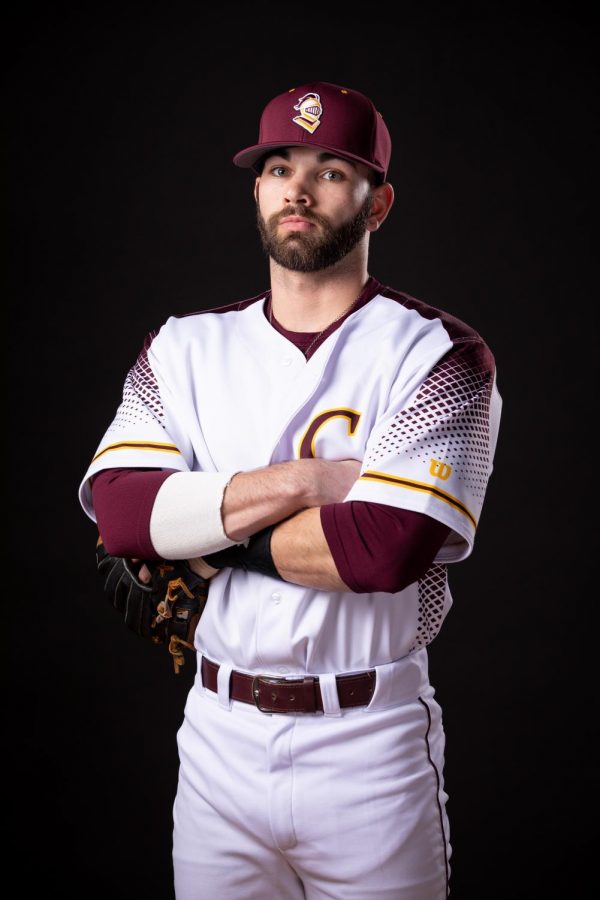 Damion Pompey is back for another year with the Calvin baseball team.

When Calvin baseball player Damion Pompey pictured the 2020-21 school year, he didn’t expect to have another season competing alongside his teammates on the Calvin baseball team. Thanks to a decision by the NCAA, however, Pompey is one of many athletes who have received an unexpected fifth year of eligibility, giving him the opportunity to suit up for Calvin this coming spring.

Because COVID-19 has severely limited college teams’ opportunities to practice and compete over the last eight months, the NCAA has ruled that students who had seasons suspended or cancelled because of the pandemic are eligible to play for an additional year past the four typically granted to college athletes.

Pompey was a senior on the Calvin baseball squad that went undefeated in three games before the season was cut short last March. Upon hearing the season was cancelled, Pompey was devastated. “I had thought that it was the last time I was going to play,” he said.

When the news came that athletes would have the opportunity to play for another year, Pompey described the feeling as “absolute relief.”

Pompey, a transfer to Calvin, was planning to stay an extra year to finish up courses for his degree, so having the opportunity to play another year of baseball fit naturally with his academic plan.

For others, the extra year of eligibility doesn’t fit so neatly with academic and career plans. Tennis coach John Ross reported that no current tennis seniors would be using the extra year of eligibility, noting that they were “ready to join the workforce.” Ross also mentioned the financial concerns of having to pay for an additional year of college tuition discourage athletes from tacking on an extra year.

Still, the extra year of eligibility seems to have been well-received in the Calvin athletics community as an acceptable response to lost competition time. “Seasons will be haphazard and I think it’s fair that our student athletes are able to use another year of eligibility in their respective sport if they choose to do so,” said Mark Christner, head coach of the women’s basketball team.

For Pompey, the extra year could mean a shot at achieving big things on the baseball diamond. Pompey said this year’s team “could be just as good if not better” than last year’s squad.

Regardless of how the team performs, Pompey is looking forward to using his additional year to create lasting memories with his teammates, on and off the field.

“I think one of the bigger [reasons I chose to stay] is really making good memories with my team and knowing that after I am gone, we will still have that family connection,” Pompey said.