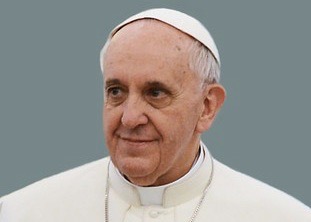 Pope Francis voiced his support of same-sex civil unions last month. Confusion, celebration and calls for clarification erupted immediately around the world and here at Calvin.

“Homosexual people have the right to be in a family. They are children of God,” Francis said, in the documentary “Francesco.” “You can’t kick someone out of a family, nor make their life miserable for this. What we have to have is a civil union law; that way they are legally covered.”

Francis’ words have been deemed unclear by some, direct affirmation of the LGBTQ+ community by others and a statement that does not at all interfere with traditional Catholic doctrine on marriage by quite a few.

Francis’ statement endorsed only civil-unions for same-sex couples, not same-sex marriage. The Vatican stated that Francis’ words were taken out of context, and that they do not change Catholic doctrine.

Agustin Parraguez-Huisman, a Caltholic student at Calvin, said he believes the Catholic Church does not avoid difficult conversations around LGBT+ issues.“LGBTQ+ persons are always welcomed into the Church but like Christ we call every person to holiness,” Parraguez-Huisman said.

Parraguez-Huisman described his understanding as “the Church’s teaching on individuals who identify and act on their LGBTQ+ inclinations are in a state of sin.” Parraguez-Huisman added, “Like all Christians, we are striving to die from our own attachments in any/every context where attachments are counter to that God-authored order of creation.”

Parraguez-Huisman’s belief did not change because of Francis’ recent statement. “When it comes to homosexual marriage, [the pope] is quite clear, ‘Marriage is between a man and a woman.’”

Parraguez-Huisman specified that Francis’ statement is only about civil unions, not about homosexual activities. He wants non-Catholics to know that Francis’ recent endorsement “should not be used to say that the Holy Father changes the Church’s doctrine, which he cannot do.”

Brandon Martinez, another Catholic Calvin student, thinks otherwise. As a person who identifies as LGBTQ+, Martinez grew up being told he would go to hell for his sexual preferences, and family members scared him into thinking he could die because of them.

“[Francis’] statement was long overdue,” Martinez stated. He believes the endorsement will “make the process of acceptance faster in the LGBTQ+ community.” However, Martinez qualified his statements by admitting he thinks “that the Pope is a fake.” “He is only doing it to please the younger generation because this is the majority,” Martinez stated.

Contradicting Martinez Sean Salamun, another Catholic Calvin student, said, “I am a big supporter of Pope Francis and I feel that he is one of the best leaders the Catholic Church has ever had.”

Madeline-Veroni Macrae, who grew up Catholic, echoed Salamun, believing Francis’ statement is affirmation of the LGBTQ+ community. Macrae grew up in the Catholic Church and was always taught marriage is between a man and a woman. Later in life, she began to rethink that. She was surprised and happy to hear Francis’ statement.