In its 20th year, UnLearn Week continues to evolve 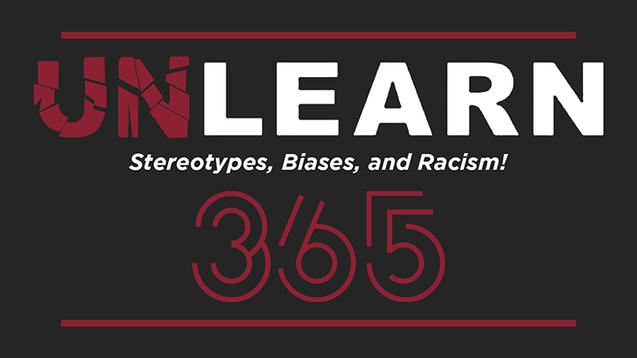 UnLearn Week acts as a launching week for UnLearn 365.

The Christian Reformed Church of North America affirmed anti-racism as a biblical value in 1999 and, as such, part of its mission as the church. It then required all of its affiliated institutions, including Calvin, to evaluate their handling of racial issues and strive to do the work of anti-racism. The next year, Calvin’s first UnLearn Week was held.

“The decision [to prioritize anti-racism] was made in conversation with various members of ethnic and racial groups who believed the efforts before 1999 were not enough towards reaching this picture,” said Reverend Reginald Smith, director of diversity for the CRC. “The beauty of unlearning bad stuff was to learn new stuff about God and ourselves. We are always a work in progress.”

In the twenty years since, UnLearn Week has grown tremendously. Jane Bruin, director of the Center for Intercultural Student Development, said that the number of events grows every year. The 17 UnLearn Week events this year also saw a marked increase in attendance, Bruin noted.

“I think in recent years, because of the political situation we find ourselves in, there’s more people wanting to have those conversations,” Bruin said. “I think we’re having more attendance than earlier years because people of all walks of life really want to get at what is happening and learn about what it’s like for other people, so to me that’s encouraging.”

Bruin and others have also seen a shift in UnLearn Week content, as the conversations at UnLearn events in recent years have become deeper and more nuanced.

“I think those conversations [that happen during UnLearn Week] have deepened over time, and then also have diversified,” said Bruin. “Twenty years ago, a lot of the anti-racism material had a lot to do with the black-white divide. I think more middle voices have come into the picture now, which is only appropriate…. Our thoughts about diversity and inclusion have deepened and expanded, so UnLearn Week has done the same.”

This year’s programming included a screening of “Gather”, a movie focused on the food sovereignty of indigenous peoples, as well as a racial caucusing event designed to include the voices of people from a variety of racial backgrounds.

Joseph Kuilema, professor of social work and presenter of one of this year’s UnLearn Week events, also noted the increased depth of conversation. “Students have always been a part of planning UnLearn week, and I think over the more than a decade that I have taught at Calvin, I’ve seen students broaden and deepen the conversation in really helpful ways,” Kuilema said. “As two quick examples, I think UnLearn week is increasingly embracing the ways identity is intersectional, and thanks to some of our international students, grappling more directly with global issues like colorism and colonialism.”

Since 2000, UnLearn Week has also expanded from being just one week into a year-long process. UnLearn Week acts as a launching week for UnLearn 365, which continues the discussions surrounding race throughout the year.

“UnLearn Week is what gets us started in the conversation, but then realizing that what we are striving to un-learn, what we’re striving to do, is actually something that is a year-round thing,” said Michelle Loyd-Paige, executive associate to the president for diversity and inclusion.

Future UnLearn 365 events include a conversation with members of the Grand Rapids Police Department postponed from UnLearn Week and events presented by Knights LEAD and the Calvin Interfaith Alliance.

Although this year’s UnLearn Week continued the trends of rising attendance and deeper conversations, it looked different from past years because of the impact of the COVID-19 pandemic. Many events took place solely online, and some others that took place in person were also streamed online. Recordings of the events have been posted on Calvin University’s YouTube channel.

The increased online presence actually yielded higher attendance and a broader audience. According to Bruin, some events were attended by more than 100 people, and even the smallest event boasted 40.

The increased energy around UnLearn Week events means that it might evolve into being an even larger part of life on campus, possibly through a core class required for students. Sophomore Shelby Buis participated in three UnLearn week events this year and believes that Calvin would benefit from such a development. “Coming from a super conservative [high] school, I never had any core like that,” Buis said. “Now, looking back on it, it upsets me that we did that, and so I think Calvin should emphasize [it more or make it part of] the core.”

“If Calvin is to truly be an anti-racist institution, it will be important to make clear and meaningful commitments to teaching that in our core curriculum, and not just in co-curricular programming like UnLearn week,” Kuilema added.

Loyd-Paige said that a core component modeled after UnLearn Week is “entirely possible,” whether in the form of “one course [or] several courses that have content that continue the conversation.”

She noted that events from UnLearn Week could inspire faculty and students alike to push for more discussions about anti-racism in all of their classes. “It doesn’t have to just be an UnLearn course to include this content. It could be within any discipline,” she said. “A faculty member could just want to infuse that particular course that they’re teaching with a lot of these concepts that we see from UnLearn Week.”

Similarly, she suggested that students choose topics concerning anti-racism for projects when possible, or approach their professors at the beginning of the semester to request respectfully course content that involves anti-racism. “Students have to want it, and not avoid it, because there are classes now that students can take that will address this content, but are students taking it?” Lloyd-Paige said.

When asked what UnLearn Week might look like in 10 years, Bruin replied, “I would love to see less political attachment and more a sense of, we as Christians, no matter how we identify politically, need to work on this sin that is a spiritual block from our relationship with God.”

Bruin’s words echo the message of the CRCNA decision, now 20 years old, that led to UnLearn Week. If the current trend continues, much more of that anti-racist work will be done at Calvin and beyond in the years to come.