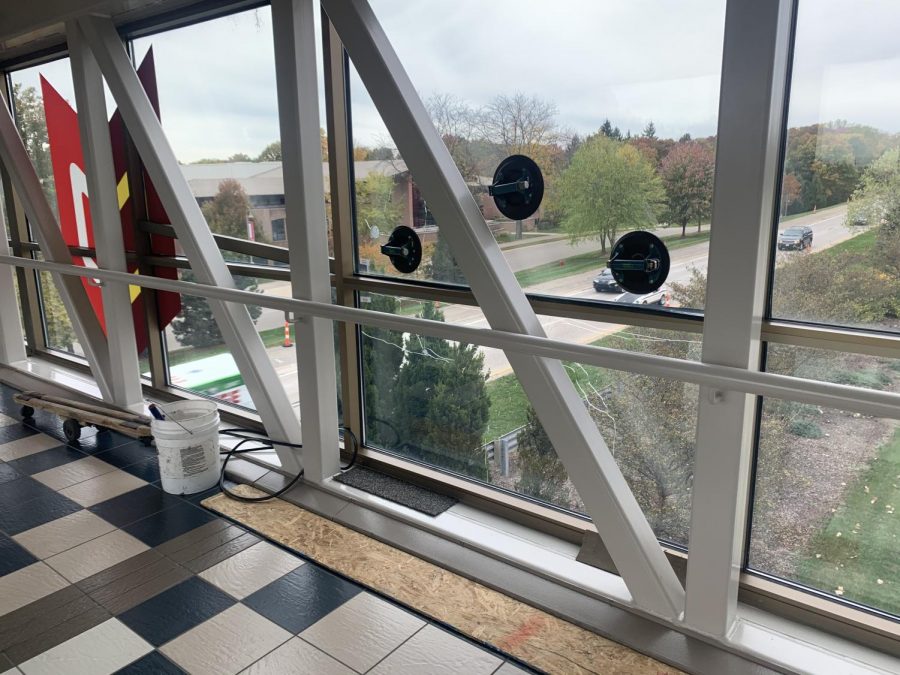 The glass being repaired on Wednesday, Oct. 14.

Chimes spoke with assistant director of Campus Safety James Potter and director of facilities Russell Bray for more information regarding this incident.

Potter said that much is still unknown.

“Campus Safety does not have any leads on who did this,” he said. “As far as how it was done; we do not know for sure, but it is likely that rocks were thrown at the windows.”

In order to prevent further vandalism, more cameras were installed to monitor the outside of the bridge. However, the perpetrators of the crime have not returned.

“New glass has been measured and is being prepared for installation,” Bray said.

Repairmen were on the skyway Wednesday, Oct. 14, swapping out the shattered windows with new ones.

As far as Bray is aware, nothing like this has ever happened before.