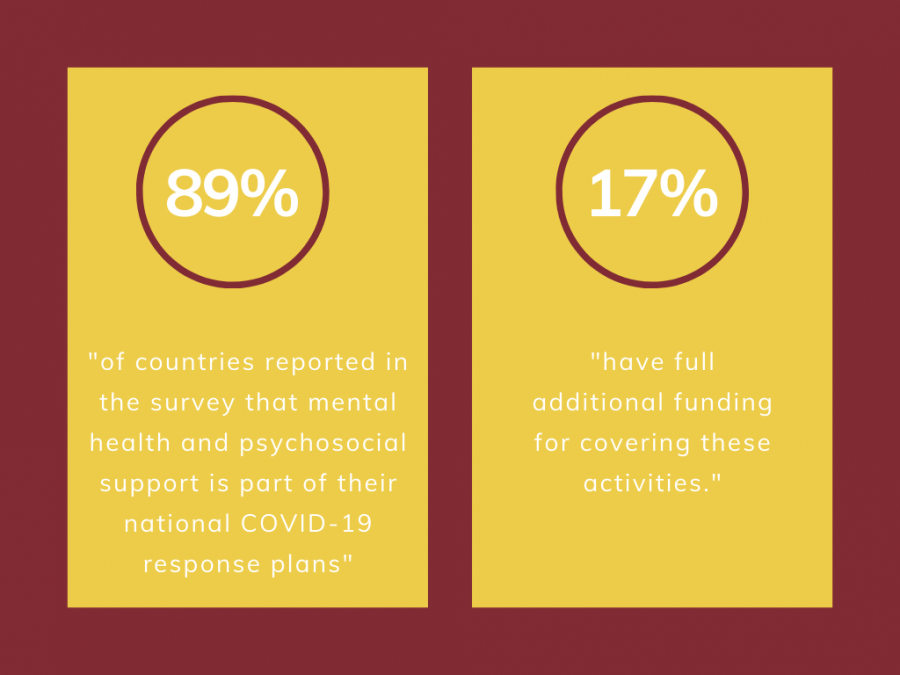 Although social distancing restrictions have prevented in-person therapy sessions from taking place, Calvin is still offering its traditional services online, alongside some new services for students.

The Director for the Center of Counseling and Wellness, Irene Kraegel, expressed enthusiasm for the newly launched app Calvin Unmasked. The intention of the app is to “create a structure where Calvin students can support Calvin students.” On this app, students can anonymously express what they have been going through and support each other with the help and guidance of trained peer moderators.

These peer moderators worked at training sessions with other college students around the country, who all moderate their own version of the app. With their help, students can “take off their emotional masks” and feel supported while still safely maintaining COVID guidelines. These peer moderators are selected as volunteers each year from a large group of students who apply, encompassing any majors who wish to be involved and are willing to put forth the time.

Other resources for students with mental health struggles are popping up as well. Rebekah Baas, Jo Newton and Matthew Chandra head one such resource, a new student committee, which, as Baas explained in an email, has been formed specifically to give students with disabilities and mental health issues a space to express their needs. This committee currently has 14 members who were chosen because they are “passionate about a particular topic, in this case mental health and disabilities.”

The committee was formed as part of Student Senate’s YREPCOM (Your Representative Committee) initiative. YREPCOM is an initiative “aimed to increase representation for groups of students on campus, recognizing that in order for problems to be solved, they need to be heard.” They have “intentionally placed the leadership and direction in the hands of students that are not on Senate” in an effort to be more connected with the rest of the student body. This committee looks to vocal students to help them understand what areas to focus on.

In addition to these new resources, previously established resources are still available for students. Although almost everything is virtual now, Irene Kraegel assures students that CCW is still running workshops and group sessions, still doing individual sessions and screenings, and even still lending out light boxes, which help with those in the colder months who suffer from seasonal affective disorder. These do have to be picked up in person.

Some students, however, are less willing to reach out to mental health services during this time. Colleges around the country have experienced a drop in the amount of students who seek out these services. In an interview with Clara Visser, a junior at Calvin, she expressed hesitation. Despite having friends who have been helped by Calvin’s services, she has not reached out, partly because “interacting through a screen is so much more uncomfortable.”

This is consistent with what Kraegel believes as the reason for the drop in students. A more positive possibility, though, is that some students may not be experiencing the triggers they normally would in their everyday life, so they don’t need as much help. CCW has actually heard from some students who have felt better since the pandemic started because of these reasons.

Although virtual therapy sessions have their disadvantages, Kraegel states that therapists typically find them much better than in-person masked appointments. In a therapy session, non-verbal cues are sometimes just as important as what students say, and virtual conversations allow therapists to pick up on these important cues that they would not be able to see during in-person masked sessions.

The Center for Counseling and Wellness encourages students to reach out no matter what the issue is. They see themselves as a “hub for mental health services,” with connections to other services throughout the community that are much more available now that they offer virtual services. These include services for eating disorders, substance abuse, and other services that are not accessible on Calvin’s campus. CCW does everything needed to link students with the necessary resources.

Despite student concerns over the availability of mental health services during the pandemic, there are more services available than ever. According to Kraegel, students can feel confident in knowing that they will be given the same or even a heightened level of care during these difficult times.