Speakers are still coming to Calvin, but you won’t be shaking hands with them this year 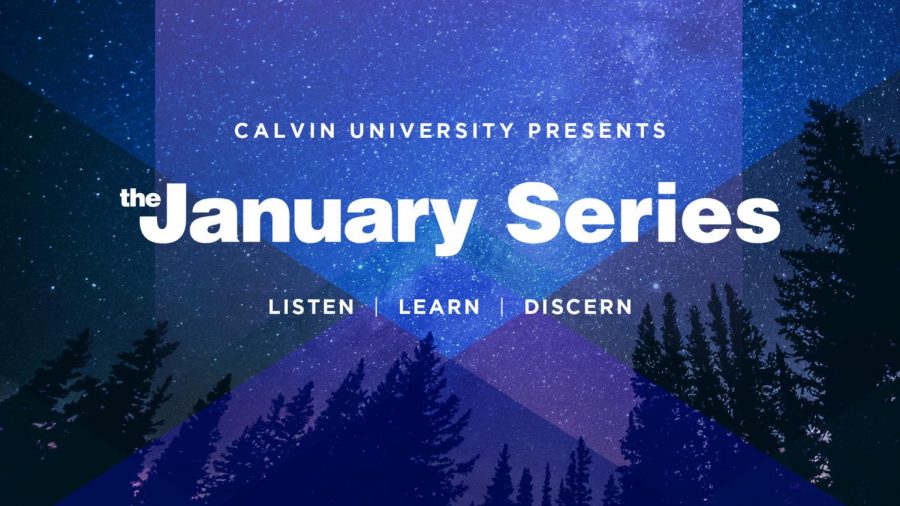 The January Series will still take place this year.

What do New York Times bestselling authors, an American Ninja Warrior commentator, the CEO of the National Constitution Center, and a former ambassador to the Democratic Republic of the Congo have in common?

Among others, they’ll all be speaking at the 2021 January Series, beginning Jan. 6.

Despite the current pandemic, Calvin’s hallmark month-long lecture series will continue, with an array of renowned speakers visiting the physical campus. Audience members, however, will view the talks virtually.

At first, January Series Director Kristi Potter was worried that COVID-19 would prevent the university from welcoming speakers, but as the pandemic played out, it became evident that Calvin’s administration and the series’ “dedicated underwriters” were committed to making it happen.

Included in this year’s lineup are speakers like Tara Westover, bestselling author of “Educated”; Newberry Medal winner Matt de la Pena; and Harvard professor Danielle Allen, an expert on democracy. Notable topics include the future of the Supreme Court and the church’s complicity in racism.

“We need to invest ourselves in these topics and pay attention. Every one of us needs to do our part to make the world a better place; a kinder, more inspiring world that fixes its problems,” said Potter in a news release. “I want people to be smarter about what’s going on, so that they can speak into these areas and make our country and our world a better place. These conversations we have in January catalyze this work.”

The January Series draws more than 70,000 attendees each year, according to a Calvin news release.

For the complete list of this year’s speakers and topics, visit https://calvin.edu/january-series/speakers/.