Despite doubts, Knollcrest continues to maintain that health and safety is their top priority, as stated in their contamination report 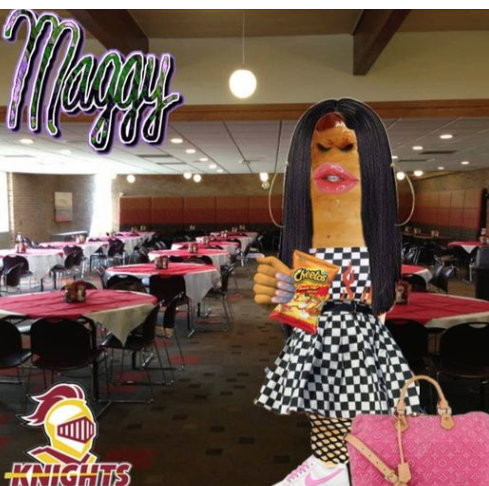 This popular meme about the maggot incident was posted on the Calvin Memes for CRC Teens page.

Kent County health department was able to confirm this. As the contamination report states, “The current assumption is that it may have entered the box while the students were eating outside.”

Chimes reached out to Ethan Gill, the student to originally find the pupa, but he did not respond on the matter. His friend who was with him at the time, Mac McGrath, mentioned that the two of them waited in line for 20 minutes before receiving the contaminated food. Mac went on to say that he and four of his friends contacted the dining hall as well as President LeRoy, and only received one email back. McGrath went on to say that they “talked to the director of dining (services) and he said it happens all the time in salads, so that’s insane that it’s pretty much a standard.”

Scott VanDeraa ends the contamination report by saying that “our hope is that by following established protocols and providing the results of these investigations we can regain some of their faith in our operation. I apologize for any concern or anxiety that this situation may have caused your family as we completed the investigation.”