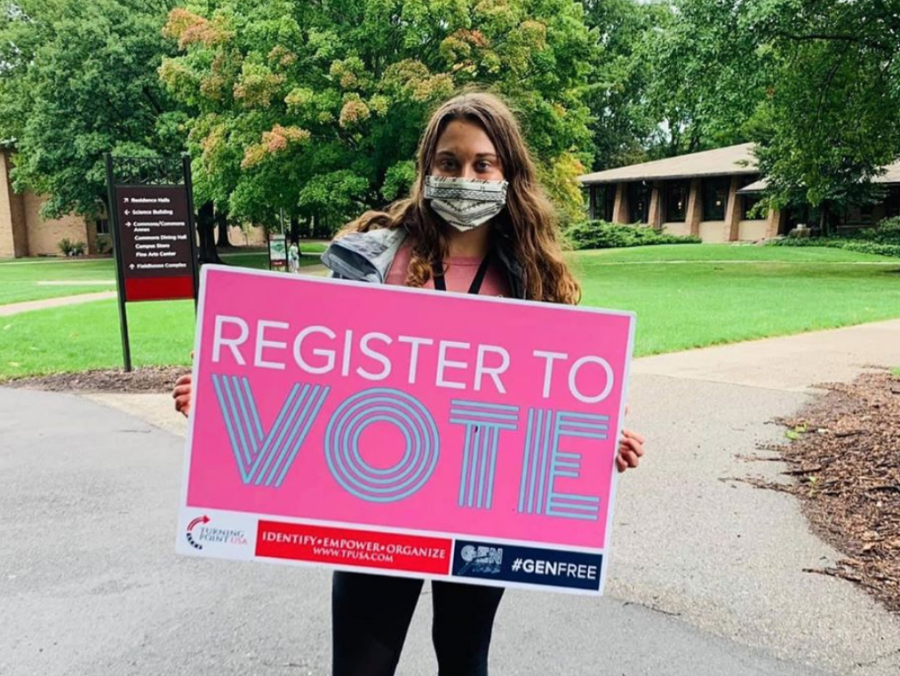 Alaina Kwiatkowski, Grace Lunger, and Stephanie Robinson are the leaders of the new Turning Point USA chapter. (Turning Point USA is a national non profit organization.) Ben Bruxfoort and Andrew Feikema are the leaders of Students for Biden. Neither club is affiliated with Calvin University. Chimes spoke with Robinson and Feikema. Each had different reasons for creating their respective clubs.

“We started TPUSA because we knew God was calling us to speak up, get involved in educating people on conservative ideals and principles, and empower other students to get involved so that they can be unafraid to express their political beliefs,” said Robinson about herself and her peers. “We wanted to create a community where students feel welcome and heard and elevate the conversation surrounding conservative principles on campus.”

“I’ve been extremely interested in politics, and I’ve constantly re-evaluated my perception of how those ideas have impacted the world throughout history, so I’ve become a very strong advocate for left-of-center ideas,” Feikema said. “The election and presidency of Donald Trump is a strong motivation for me to affect change at a grassroots level, so that’s what I set out to do.”

Although the presidential election is quickly approaching, Turning Point USA at Calvin has decided not to endorse a specific candidate.

“Our members and leaders may support a specific candidate in their personal lives, but not while representing TPUSA,” Robinson said. “Instead we promote the principles of freedom, free markets, and limited government. We have a long-term vision for our organization which is why we did not choose to start a group that would endorse a candidate but instead focused on values and principles.”

In contrast to TPUSA, Students for Biden is centered around and driven by their endorsement of Joe Biden for the presidency of the United States.

“Simply stated, our goal is to do everything we can to elect Joe Biden,” Feikema said. “It’s the stark difference in character and approach to policy between Biden and Trump that motivates us to act. A Biden presidency is a necessity for so many people. We’re volunteering every week: making calls, texts, having conversations with people we know. That’s how we’re going to win Michigan, and that’s how we’ll win this election!”