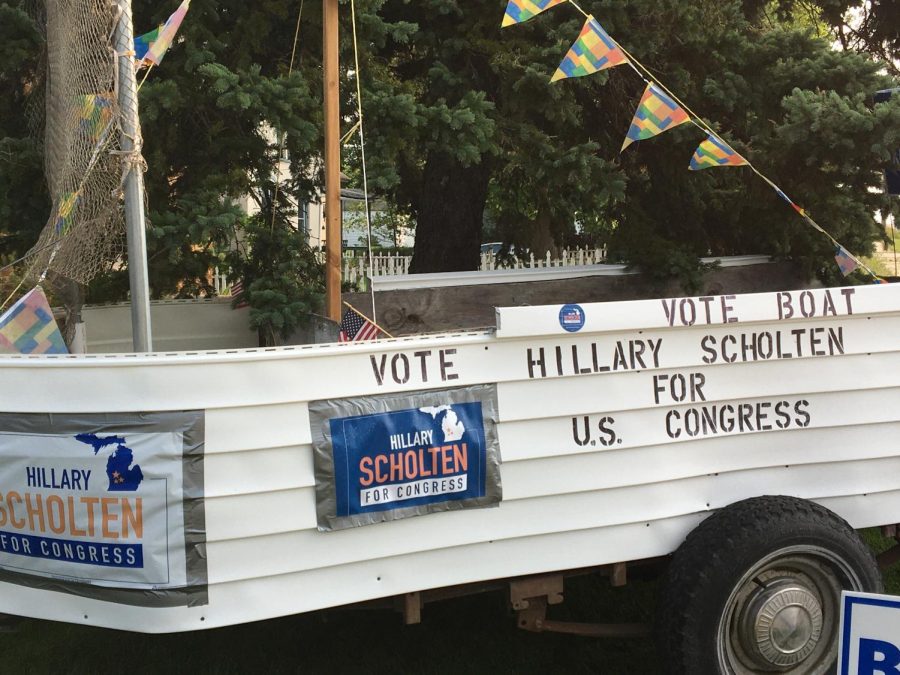 Former leaders of the Christian Reformed Church and the Reformed Church in America endorsed Democratic candidate Hillary Scholten for the MI-03 seat in the House of Representatives.

Timmermans stepped down in February, a year earlier than expected during discussions about the financial structures between the American and Canadian branch of the CRC.

RCA General Secretary Emeritus Rev. Wes Granberg-Michaelson said that Scholten’s experience in government and her faith commitment to justice are the reasons for his support.

This follows a new TV advertisement where Scholten highlighted her faith. “I can’t think of a more broken place than Washington DC. We need leaders who will put people before politics. And that’s what my faith will lead me to do,” Scholten said.

Scholten also received the endorsement of Democratic presidential candidate and former vice president Joe Biden on Monday. “From her work with homeless women and children to her time at the Department of Justice, Hillary has spent her career fighting for her community. I am proud to endorse Hillary and know that she will fight to ensure that every Michigan family has a fair shot at getting ahead,” Biden’s endorsement stated.

Scholten is running against Republican candidate Peter Meijer for Rep. Justin Amash’s congressional seat. Meijer is an Army Reserve veteran and the grandson of Fred Meijer, the founder of the grocery chain Meijer.