Local CRC appoints deacon who is in same-sex marriage 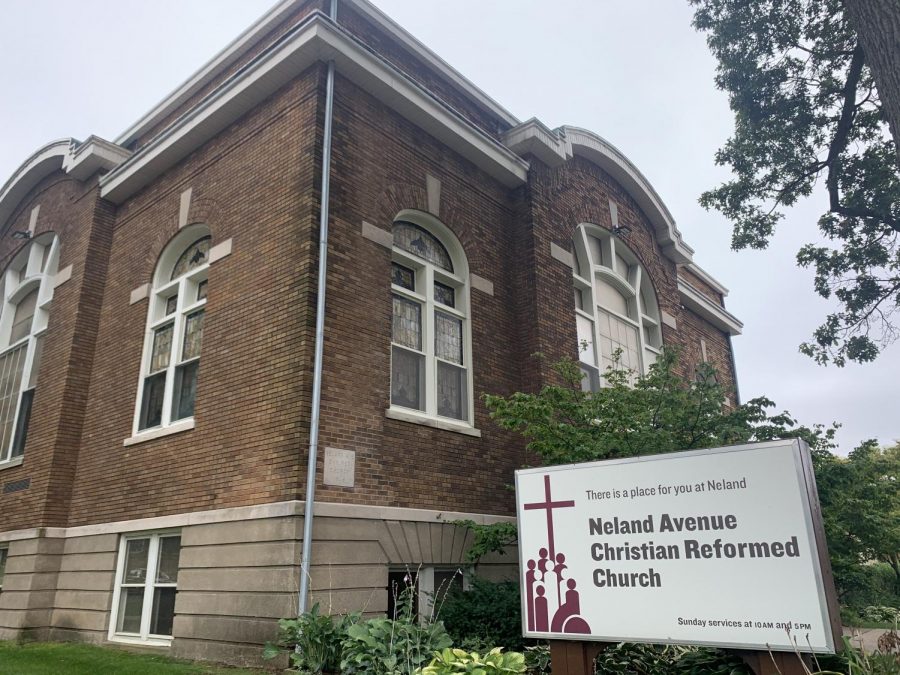 Neland Avenue Christian Reformed Church appointed a congregant who is in a same-sex marriage as deacon this past summer. According to Council President Larry Louters, they are the only congregation in the denomination with a SSM member in church office.

Neland Avenue declined to name the deacon out of privacy concerns.

The CRC does not condemn same-sex attraction and says that churches should fully include homosexual congregants in church office and life; however, the 2016 Synod concluded that members in SSMs were deserving of church discipline. The official CRC stance on SSM states: “Homosexualism (that is, explicit homosexual practice), however, is incompatible with obedience to the will of God as revealed in Scripture.”

According to Louters, the deacon in question was elected to the council three times prior to her marriage, including a term as chair of deacons. Each deacon elected received at least 87% of the vote.

In a letter sent out to congregants, Neland Avenue denied “getting out ahead of Synod” and emphasized its commitment to the CRC, Calvin University and the ministries of the CRC. Louters said, “After years of careful, prayerful discernment, we simply could not regard our SSM members as deserving of church discipline as synod’s pastoral advice called for, and then could not systematically ignore the congregation’s call, year after year, to employ their gifts in church leadership.”

The letter also noted that decisions related to homosexuality are considered pastoral advice, not confessional or church order articles, so Neland Avenue’s council and pastorate take these decisions to be less binding and do not believe that they have crossed a line of orthodoxy.

A CRC statement on church order says that congregations have the authority to call whom they choose, at least with regards to women in church office: “Every classis shall respect the prerogative of its constituent churches to call and ordain office bearers according to their own biblical convictions.”

Louters said he hopes the denomination recognizes the predicament that Neland Avenue was facing, even if they disagree with the church’s actions.

A denominational study committee was tasked with studying a biblical response to human sexuality, homosexuality being one facet of that. They are expected to deliver a report to Synod this June. Those on the committee had to affirm the CRC’s current stance on marriage, a requirement that Neland Avenue’s council and pastorate disagreed with. Classis Grand Rapids East, which Neland Avenue belongs to, sent a report to Synod in 2016 which stated that a wide range of beliefs can be acceptable under a reformed view of scripture.

A spokesperson for the CRC said in an email to Chimes, “Issues about human sexuality are complex, and many of our congregations are working through them right now. We look forward to next June when the task force studying human sexuality is expected to deliver their report.”

A 2016 survey of the Neland Avenue CRC found that the congregation was split on the issue of SSM. 40% surveyed held to the CRC’s current stance on marriage, 40% surveyed believed that SSM should be affirmed by the denomination and 20% were undecided.

Louters said that congregants have left in response to the election and that congregants have also left because it has taken ten years for a member in a SSM to be elected to council. He also noted that newcomers have joined Neland Avenue CRC as a result of the appointment. The deacon has not received any negative responses from within the congregation, according to Louters, and is well-loved and respected at Neland Avenue.

The letter from the Neland Avenue CRC council denied that this action meant that the church officially affirms SSM, and Louters said that members of Neland Avenue’s council disagree on the issue of LGBTQ inclusion. Louters said, “There are still congregations in the CRC who believe that women holding the office of elder or deacon, let alone pastor, is a sinful practice, against scriptural dictates. Yet we seem to have managed those differences in views.  We are hopeful that the CRC will be able to do the same with same sex marriage.”