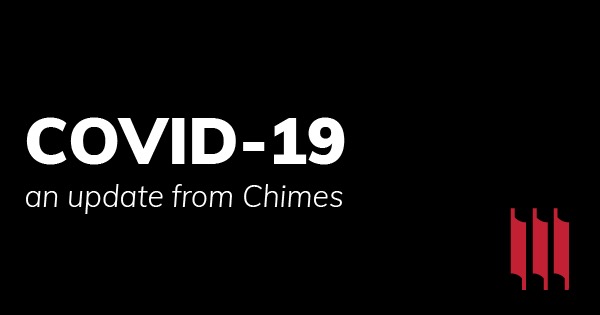 Faced with a projected $13 million decrease in revenue this year, Calvin made numerous cuts to personnel and programs over the summer.

Calvin, however, remains financially stable, University President Michael Le Roy said in a June 17 video call announcing the cuts. “We are working hard to restore all of these revenues as rapidly as we can and we all need to be focused on that revenue restoration work.”

The expected decrease is the result of new problems induced by COVID-19 and of old problems now worsened, Jim English, vice president for finance, told Chimes. English listed decreasing enrollment and fewer students living on campus; a lack of summer events and Prince Conference Center guests; and the costs of testing, cleaning supplies, and new technology as some of the many factors contributing to financial strain.

Universities across the country are facing similar difficulties. An NBC News “stress test” for U.S. universities found that more than 500 schools have multiple warning signs in metrics including enrollment, tuition revenue, public funding and endowment health.

The cuts were estimated to save a total of $3.9 million.

Twelve faculty and six staff members were laid off as part of the cuts, Provost Cheryl Brandsen confirmed. A number of other employees retired early to prevent additional layoffs, and the university will not be refilling some positions vacated by expected retirements.

The layoffs were a response to financial difficulties brought on by COVID-19 and not the result of wrongdoing or reflective of performance in any way. Brandsen called the employees “faithful and excellent in their work.”

“I hope and recognize that these are good friends of ours that we will miss and we have lost. It’s important for us to communicate to them well our love and care for them,” a tearful Le Roy said of the layoffs in the June video call.

The academic programs eliminated included the organizational communications major; Japanese major and minor; and minors in dance, art history, and theatre. Although the dance and theatre minors have been eliminated, Calvin Theatre Company and Dance Guild will still operate under the new Department of Visual and Performing Arts, which will also host all studio art, music, dance, and theater courses and ensembles.

The DVPA was initially planned four years ago as part of the campus master plan.

Campus improvement funds were also reduced by approximately half-a-million dollars, according to Le Roy’s video call. Projects like replacing air handlers in the library or the floor in the Prince Conference Center will be pushed to next year, English said.

“Not only are our revenues projected to be lower, but our expenditures are going up in order to facilitate a safe return to campus,” English said.

In addition to layoffs and program cuts, Le Roy announced this summer that all faculty and staff were expected to take a one-week unpaid furlough. The furlough was planned to save money and make employees eligible for unemployment benefits under the CARES Act.

There will be no salary raises this year, and members of the executive leadership team took salary cuts totaling more than $250,000. The university also ceased to make employer retirement contributions for the fiscal year.

Until the region reaches a new phase under Governor Gretchen Whitmer’s Michigan Safe Start Plan, event services will also be unable to employ most of their student workers, Juli Haga, director of event services, told Chimes.

Brandsen said to Chimes in an email, “As difficult as it is, we are faced now with the need to make structural changes to adapt to our changing environment. Calvin will be able to meet these challenges with strict financial discipline. Although we will be smaller, we will not compromise our vision and mission. But we absolutely must live within our means.”

Correction: event services revised their statement to Chimes on the number of employees terminated from five to four following print publication. Chimes regrets the error.