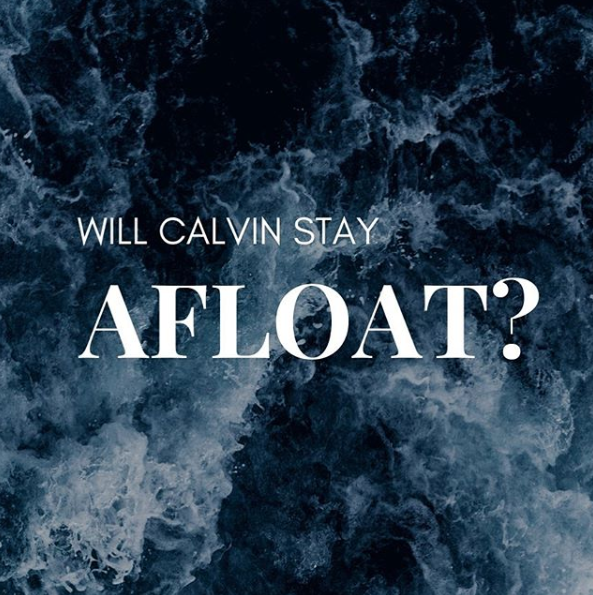 President Michael Le Roy doesn’t want to make a promise he can’t keep. In a virtual town hall organized by student senate on Monday, Le Roy said that many in the Calvin community have been asking him for answers about how classes will be held in the fall of 2020. He shared that he can understand where they are coming from because he wants clear answers about the fall semester too. Yet, among the COVID-19 pandemic, answering questions about the fall semester is hard to do this far in advance, and Le Roy isn’t going to make a decision yet or pretend that he knows how the virus’ impact on Calvin will play out.

“Anyone who is offering certainty right now is either not credible or delusional,” Le Roy said, adding that the administration is seeking to be prepared for any scenario.

Addressing the fact that a few other colleges and universities have put out fall semester plans, Le Roy said “[It’s] very easy to put a press release out there promising something. We want to make sure that we can do it.”  He described how the administration is coming up with possible risk-reduction strategies (noting that these are meant to be taken as an example of what the administration is doing, not guaranteed policy changes) including moving classes into larger spaces so students could be six feet apart.

Other noteworthy items of the meeting included an announcement that giving to the annual fund has increased relative to last year, and Le Roy hinting at an “exciting announcement” to be made later this week.

The hour-and-a-half long town hall meeting was hosted by student senate, and promoted on their Instagram page as providing answers to the question: “Will Calvin Stay Afloat?” The meeting generated interest among students and had 157 participants. Student Body President Emerson Silvernail selected questions contributed by students in the Youtube live chat and by text. Students made a total of 51 contributions to the chat, the majority of which were questions (some were comments or responses to other remarks). Silvernail presented nine questions to the panel of administrators, which in addition to Le Roy included Laurn Jensen, VP of Enrollment, Sarah Visser, VP of Student Life, Cheryl Brandsen, Provost, and Kevin den Dulk, associate Provost. Questions and responses are listed below, with responses edited for length and clarity.

Question One: How does Calvin’s enrollment compare to other similar institutions?

Jensen: “[There are] lots of signals that we have every reason to be excited about the incoming class.” She added that the deposit deadline had been moved back a month to June 1, so they don’t know final class numbers yet. Jensen expressed optimism about the incoming first-year students who have already committed, saying they are a “really great cohort that are planning to come to Calvin” and adding that the university expects to receive a lot of deposits in the next two weeks.

Question Two: How is Calvin reaching out to prospective students right now?

Jensen: “Within a week [of going online] we had virtual visits up and running.” She noted that prospective students can speak with coaches, faculty, admissions counselors, and many more people from Calvin during these visits. Now the university is holding “Calvin connections” where groups of prospective students can meet each other and current students, who answer questions for them.

den Dulk: The associate provost spoke about how Calvin’s campus is wherever the community is, and right now, that is online. He also talked about the Calvin Global Campus, a new office with the mission of helping Calvin reach more diverse populations, and how so many people from CIT to student services to the library helped them with their transition to online learning.

Question Four: A number of students are wondering about budget cuts. What can you tell us about that possibility?

Le Roy: “We will continue to make the decisions needed to keep Calvin strong” said President Le Roy, noting that the next fiscal year doesn’t start until July 1. According to the President, the two biggest areas of revenue loss for Calvin are Resident Life, which lost close to $3 million from the pandemic, and event services, which before the pandemic was estimated to bring in $1 million. Le Roy also said that alumni giving broke records this year, and that Calvin is committed to living within its means.

Question Five: What will happen with sports in the fall semester?

Visser: “I would just echo what President Le Roy just said, we have a strong bias to want to return face to face [in the fall].” Visser added that in regards to the sports season, like so many other things, there are no certain answers yet, but recruiting is still happening. Le Roy raised the possibility of shortened athletic seasons as something that is being considered.

Question Six: Some senior engineering students are expressing their frustration with the changes to interim and semester credit pricing structure? Can you comment on this?

Of the 51 questions and comments in the chat, 32 were related to the interim changes. Nine of the students raising concerns about this issue in the chat specifically identified themselves as senior engineering majors.

Le Roy: The president pointed out that peer institutions gave only 32 credits per year while we gave 38 for the same price. He said the university was faced with a “challenge and a trade off.” Responding to the senior engineering students, Le Roy said, “We were aware that there were some programs where this was going to be a pinch” and suggested that they speak with their advisors. He also said that many senior engineering majors had raised similar concerns at his virtual office hours.

Question Seven: How will COVID-19 affect the Commons Union?

Visser: The VP of student life explained that the funds for the Commons Union project do not come out of the annual operating budget, but rather specially designated  gifts from donors. She added that right now they are in the planning and designing stages of the project, so COVID-19 wasn’t delaying any construction.

Question Eight: Some students are asking for updates about the new core, can you give us an update? What is the end goal of the new core?

Brandsen:  The end goal of the new core is that it will be smaller than the current core, and the same core for all academic programs. She also added that the new core will be somewhere between 36-49 hours, but that the details are still being worked out.

Question Nine: Lots of students are asking for transparency regarding the impacts of COVID-19 on Calvin, what can you tell them?

Visser: “We need to demonstrate that we can handle small groups of students well so that the local health department trusts us with more. Emerson, your question makes me think we should get some focus groups together.”

At the end of the meeting, Silvernail encouraged the senior engineering students to message him personally or stop by President Le Roy’s office hours.

As the town hall wrapped up, reactions to it on the YouTube chat were mixed. “This has been a great Town Hall! thank you all for your time and transparency.” wrote Hanokh Hiwale. Responding to Silvernail’s offer to talk more about the interim changes, senior engineering major Aleksander Ivancich wrote “Thanks Emerson, what a champ.” Yet other students felt that the administration had avoided their questions and that more answers were needed. “The responses that incoming Engineering Seniors like myself who are affected by this change are getting are consistently restatements of the official position of why Calvin chose this route” said Ben Brouwer. “I expected Calvin to be more student-focused with its response to concerns and try to work with the students to find solutions, but with these concerns it has seemed to be an attitude of indifference”

“@ClaireMurashima maybe this is a topic you could start working on…Perhaps we could have a town hall focused on just this” wrote Mikayla Bavaro, tagging the student body president-elect.