Calvin couple says “I do” delayed 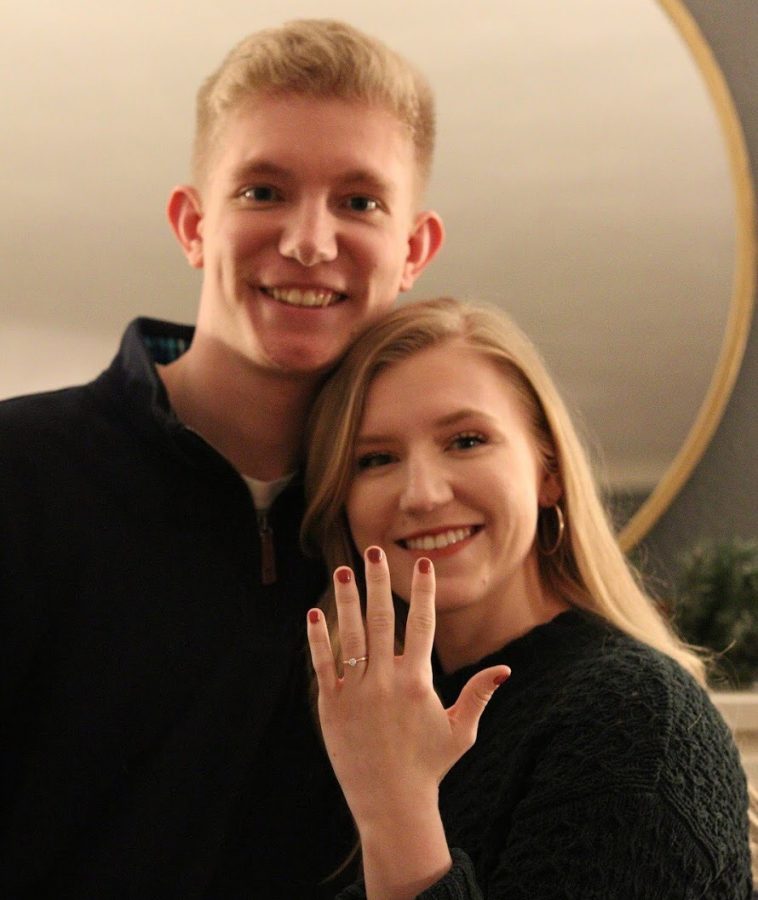 Along with the thousands of couples having to postpone their weddings due to COVID-19, Calvin couples are struggling to accept a lost wedding day. One such couple are Calvin students Derek Vos and Sarah Catlin. The pair met at Calvin during their freshman year, in December 2016. Up until that point, they had had classes together and were friends.

The couple had begun discussing marriage during their first year of dating. Vos and Catlin became engaged in January of this year. According to Catlin’s retelling of their engagement, Vos took her to a cafe they went to on their first date. They then headed towards Holland, and went to the beach. “It was freezing cold,” Catlin said, and after only five minutes of walking on the beach, Derek got down on one knee and proposed. Catlin said yes, and they ran back to the car to warm up.

The couple planned their wedding for the end of May, with the ceremony at Downtown Market in Grand Rapids. They were expecting 150 guests, with a taco bar reception at the restaurant Luna. Because of COVID-19, Catlin and Vos decided to postpone their wedding for the safety of their guests until March of next year. However, the couple will have an intimate ceremony with them and a pastor next month.

Catlin said, “We’re still really excited to get married in a couple weeks and move to Cleveland in July!” Vos reflected on the situation, saying, “This quarantine has not been fun, but we are working together to make the best of a bad situation.”