What to watch when sports are cancelled 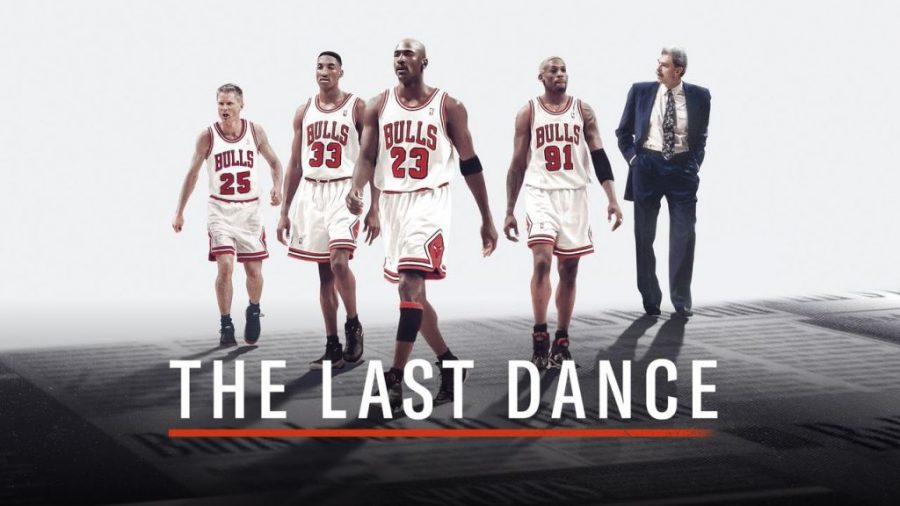 If you’re anything like me, you’re devastated by the absence of March Madness and the NBA playoffs, and the cancellations and postponements of baseball and other sports. As a result, there aren’t many accessible things to watch for an avid sports fan, but here’s what to watch while you’re waiting for sports to resume.

The most obvious thing to watch right now is The Last Dance, a 10-part documentary on Michael Jordan, which has a live showing every Sunday night. The first night was this previous Sunday, and it averaged 6.1 million viewers, making it the most-viewed ESPN documentary ever, according to the network. The documentary gives you an inside look into the lives of the Bulls during the 1997-1998 basketball season, while also looking back at marquee moments in Michael Jordan’s career.

Some other big moments in sports have come through marquee high school players committing to a college or opting for the professional route in the G-League or overseas. As a result, a lot of fans have gone to YouTube to see the highlights of these great players.

YouTube is also great as the NBA’s channel hosts a flashback game live every night, where thousands of viewers tune in to watch games together. For soccer fans, the channel “FIFATV” does something similar, as they broadcast live old showings from the men’s and women’s World Cup. Also on YouTube, you can find countless old full games of some of the best basketball teams in history, ranging from the classic Lakers and Celtics teams of the 80s to also the great Lebron teams of the 2010s. Some of my favorite games are the Lakers vs 76ers in the 2001 NBA finals game 1, where Kobe Bryant is matched up against Allen Iverson. Another one of my favorites is the classic Cavaliers vs Warriors in the 2016 Finals game 7 where Lebron is matched up against Steph Curry.

Another innovative thing the NBA is doing is that it is hosting several NBA players who are facing off against each other in the video game “NBA 2K20” tournament style, through Twitch streaming.

The NFL is also replaying several classic games on the NFL network.

However the only non-simulated, present live-action game is professional wrestling, as the WWE is still hosting its regularly televised events of Monday Night Raw, NXT, and Friday Night Smackdown that are featured on USA Network and Fox. The matches are recorded at a facility in Florida where only “essential personnel” are in attendance, according to the network.

Also a common thing to do is binge several sports documentaries. If you have an ESPN cable subscription or ESPN+, you can watch all of their documentaries and 30 for 30s in their archives. Some of my favorites are the Bad Boys, The Fab Five, and Playing for the Mob.