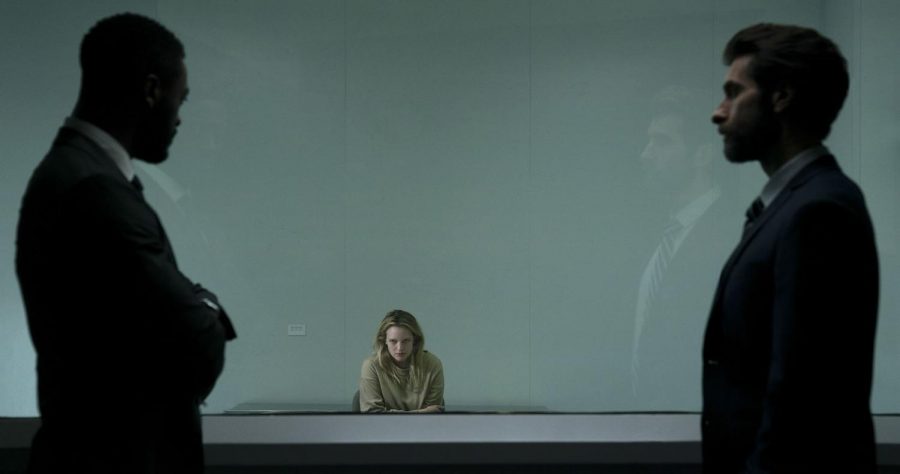 Photo from Universal Pictures. Fair Use.

The new film explores what it means to be unbelieved.

If no one believes what you say, can you really be “right”?

The strongest element is not the jump scares or the gore, but the psychological toll it has on the audience. In an inventive twist on the novel, which focuses on the isolation of being physically invisible, director Leigh Whannell explores the fear of being “invisible” in society, and of having your voice ignored. He also explores the idea of control, and how the effects of abuse linger long after a relationship ends. In the end it doesn’t matter what is “true”; it only matters what people believe, so when no one believes you, you lose all power.

Two weeks after Cecilia Kass (Elisabeth Moss) escapes her abusive billionaire boyfriend Adrian Griffin (Oliver Jackson-Cohen), she receives a letter informing her that he has taken his own life, and she will receive a large part of his inheritance. His presence continually haunts her, and she begins questioning if perhaps he isn’t dead after all — though no one believes her.

“The Invisible Man” is helmed by writer/director Leigh Whannell, writer of many installments in the “Saw” franchise, and produced by horror legend Jason Blumm. It’s no surprise given this established crew that the horror element is well executed. Though somewhat reliant on jump scares, the film creates a sense of tension on par with Ari Aster’s “Hereditary.” The camera lingers on negative space, putting you in Cecilia’s shoes, constantly afraid of what you cannot see. For the first two acts, the film makes you question whether the lead is delusional or truly a victim of her supposedly dead abuser. Only Cecilia notices the eponymous invisible man, leaving open the possibility that she’s an unreliable narrator. This doubt turns the audience against Cecilia, implicating the viewer in her plight.

Moss’s performance becomes increasingly crazed, as if people’s supposition of her insanity has served a self-fulfilling prophecy. Her eyes sink to the back of her skull and her face becomes bruised and splotchy. By the third act, she can hardly be recognized in her behavior and delivery. While the other performances in the film are sub-par, you hardly notice; Moss steals the show.

Unrecognizably, “The Invisible Man” was initially slated to be part of Universal Studios’ Dark Universe, their attempt to compete with the Marvel Cinematic Universe, but was switched to a stand-alone project after the financial failure of their reboot of “The Mummy” (2017). Horror and thriller fans surely will be grateful that Whannell successfully executed his vision without the constraints that come with marrying it with a cinematic universe or staging a sequel.