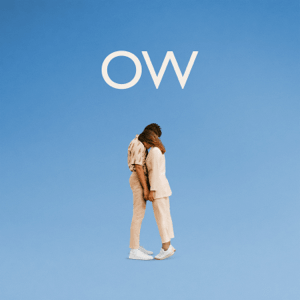 Photo from Island Records. Fair Use.

The duo's new album was released earlier this month.

I first heard about Oh Wonder in early 2016, just in time to become excited when I saw that they would be performing at Calvin. They were touring their first album, but it’s been four years, and the London-based duo has followed up their original indie-synth-pop record with two more, one in 2017 (“Ultralife”) and another one just a couple of weeks ago, on Feb. 7. Their newest album, “No One Else Can Wear Your Crown,” is a comfortable, savory record that masterfully balances its mellower moments with refreshing energy, and stays pleasant and polished from start to finish.

It starts off strong, just like their previous records, with a distinct opener that establishes their sound and appropriately sets the tone for the rest of the album. This particular opening song, “Dust,” comes out immediately with a sweet, heartfelt lyric, sung by the combined voices of Josephine Vander Gucht and Anthony West: “When people try to get you down/ Remember that I’m here for you.” The smooth, rich timbre of these two singing memorable lyrics in carefully synchronised octaves is the signature sound of Oh Wonder, and it permeates the entire album, sounding just as good at the end as it did on these first words.

The next couple songs are equally as enjoyable as the first, and after a few more it becomes pretty clear that Oh Wonder hasn’t faltered in the slightest with their songwriting. Every track is another impressively catchy melody, held together by warm, full-sounding synth accompaniment and punctuated gracefully by a simple piano backing. You’d expect a sound so formulaic to lose its charm quickly, but there’s a surprising flexibility in this particular formula that keeps the songs sounding fresh.

“Happy,” “Drunk on You,” and “I Wish I Never Met You” lean a bit harder in the direction of pop music, using more sparse, peppy rhythms along with string hits to supplement lyrical content which reflects this same genre stretch. “Hallelujah” is a defiant anthem with a heavy driving synth bassline, which ramps up the energy and intensity to a peak in preparation for the next song, which brings it all the way back down again.

The two members of Oh Wonder, Vander Gucht and West, are a married couple whose compatibility translates into fantastic songwriting, and in no song is this more evident than “In and Out of Love.” The song is a slower, simpler piano ballad which earnestly expresses their mutual love and appreciation, and features the album’s most raw emotional moment at the end, when the backgrounds cut out, leaving just the two voices to sing to each other through a synthesized third voice.

The next track, “How it Goes,” is my personal favorite on the album. The back-and-forth organ hook mirrors the refrain of “I guess that’s how it goes, it goes” and the song even fades out to the end, leaving the oscillating up and down of the song to continue on in one’s imagination. With lyrics softly alluding to the inevitable transience of our emotions and our sense of self, “How it Goes” perfectly captures the beautifully ambivalent melancholy that feels so strangely true under the grey skies of a February in Michigan.

The album finishes strong as well, passing through the jazzier-flavored steady vibe of “Nothing But You” on its way to a slightly indie folk-ish style in the guitars and violins of “Nebraska,” which closes it all out.

If you haven’t given it a listen yet, I recommend you sit down somewhere comfortable with a hot beverage in hand and let the warm, cozy textures of Oh Wonder’s new album make you feel a little better in these cold winter months.