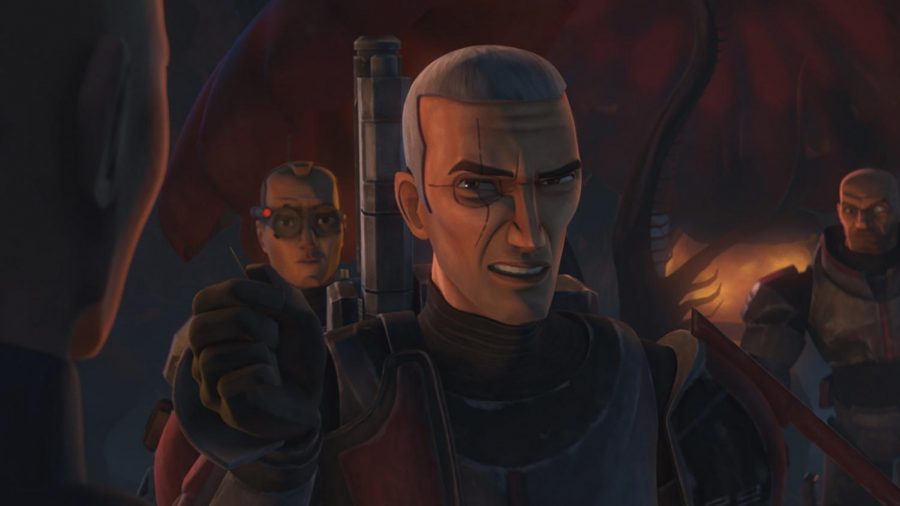 Photo from StarWars.com. Fair Use.

The new episode focuses on the Bad Batch, a squad of genetically-modified clones.

After a seven-year wait, the critically-acclaimed and fan-favorite animated show, “Star Wars: The Clone Wars” has returned with the premiere of its seventh season this past Friday. What made “The Clone Wars” such a special show for Star Wars fans was its ability to dive deeper into the lore of the mystic Star Wars canon and explore more nuanced arcs of the characters fans have come to know and love, while also introducing us to a slew of new characters that continue to resonate.

Episode 1 of this final season is aptly named “The Bad Batch.” After some classic Clone Wars expository narration, we learn that the Republic forces on Anaxes are under attack and are likely to be defeated by the Separatists. Captain Rex asks Jedi Mace Windu and Anakin Skywalker for help, and that’s when we meet The Bad Batch, a group of genetically-enhanced clones with a ‘shoot first, then ask questions’ attitude. Before they leave on their mission to recover Separatist intelligence in hopes to learn why they keep losing battles, it’s revealed that Captain Rex believes that his squad member, Echo, might still be alive after having been presumed dead during the events of the show’s third season.

Throughout the episode’s runtime, we see fan-favorites get challenged by new crew members, learn crucial new information, all the while getting a few eye-popping action sequences. The Bad Batch is able to reinvigorate a type of storytelling that makes “The Clone Wars” so great; new characters entering a series that creates meaningful and gripping stories. “The Bad Batch” is not only an engaging episode of “The Clone Wars,” but it’s a powerful reminder of what made the show so special to so many viewers for a number of years.

Instead of playing it safe and sticking to what was successful earlier in the series’ history, Dave Filoni and the rest of the team responsible for this new season chose to introduce an entirely new arc, a new set of unorthodox characters, all while attempting to solve a mystery that’s been in Captain Rex’s mind for multiple seasons. It’s an effortlessly fantastic start to the final season of a beloved show.

It’s a welcome return, and the only negative thing about “The Bad Batch” is that it only took seven years to arrive.