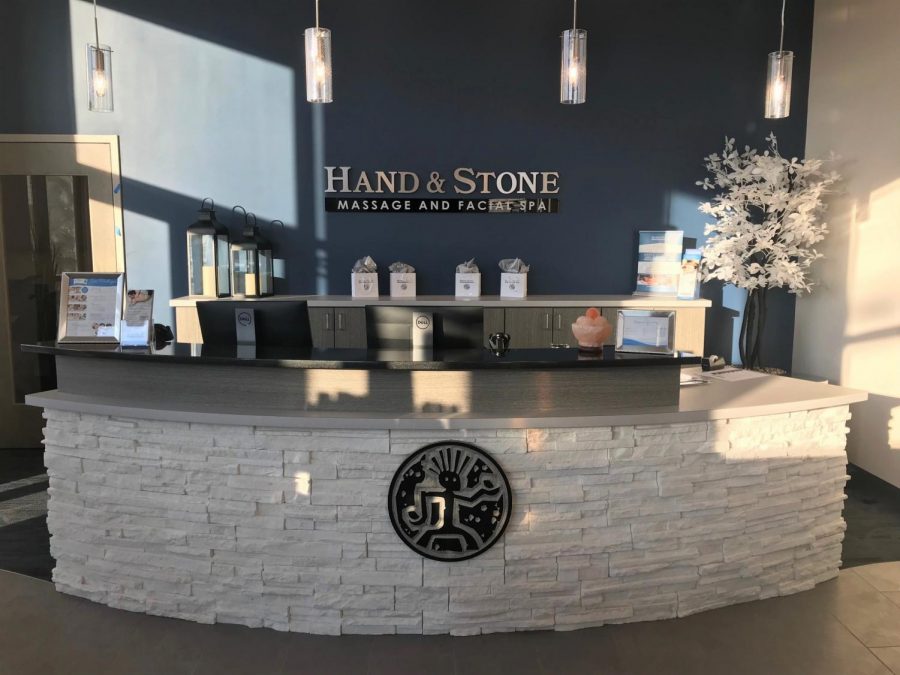 Jim and Lynelle Cook grew up living across the street from each other in Lombard, Illinois. They both attended Calvin, graduated in 1985 and 1986, and were married shortly after. Years later they have three children who have graduated from Calvin as well. After spending many years outside of Michigan, they decided it was time to find the next opportunity: Hand and Stone.

Hand and Stone is a massage and facial spa with many locations throughout the United States. It was founded by physical therapist John Marco, who sought to share the various benefits of touch with people in a safe and affordable way. Marco’s young son was the inspiration for the company name and logo. He drew the stick figure logo and chose the name, Hand and Stone, simply because the massages involve the use of one’s hands and hot stones.

This family business has spread across the United States and now boasts over 400 locations. The Cooks plan to open their store in just a few days on Feb. 17. Located near 28th street and I-96 in front of Meijer, the spa will be the first location in the Grand Rapids area.

Not only is the spa a great way to relieve stress for college students, but it also comes at affordable prices. Cook says Hand and Stone is a “membership-based business. You don’t have to be a member, but the pricing is more advantageous if you are.” Hand and Stone offers “five-star services at three-star prices,” according to Jim Cook. Their Facebook page will also offer deals that are easily accessible for Calvin students and anyone in the Grand Rapids area.

Along with Jim and Lynelle, their two daughters will run Hand and Stone in Grand Rapids. They are excited to open their spa and are looking forward to being able to bring these services to the Grand Rapids community.