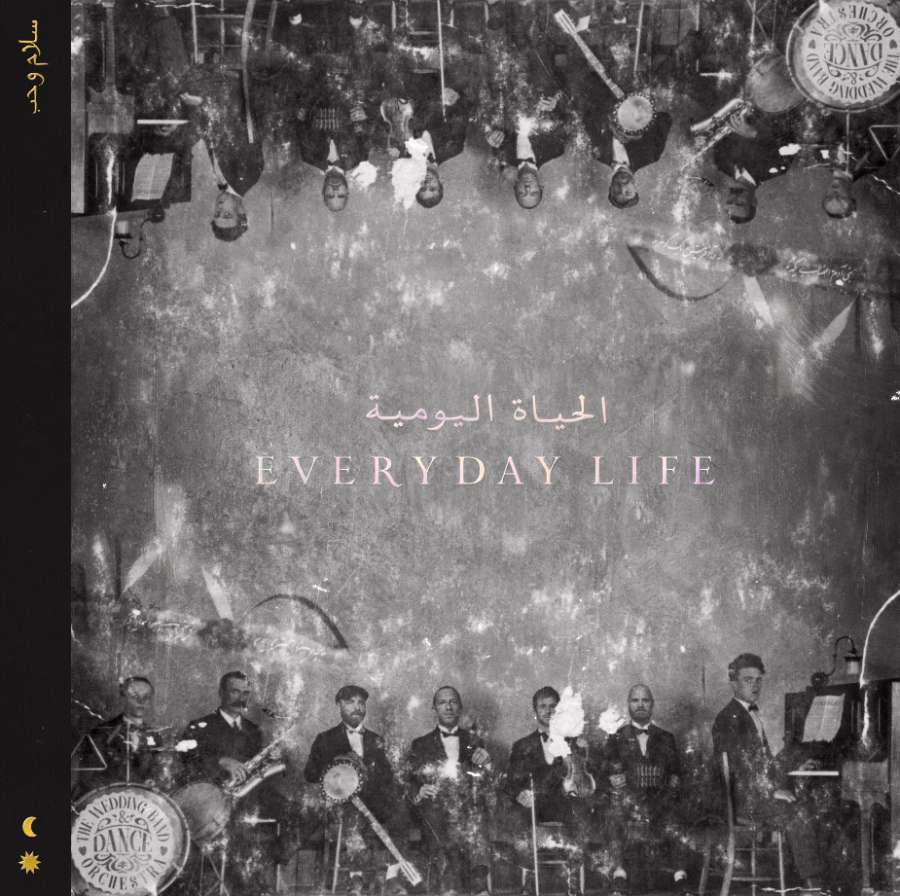 In Coldplay’s eighth studio album, “Everyday Life,” the world-famous alt-rock band bites off more than it can chew by commenting on the refugee crisis, gun control, racial profiling and many other issues while trying to tie it all together in a message for unity of peace and diversity. However, I believe this album and the band’s recent statements is a well-intentioned move encouraging its listeners to consider the nuances of a globalized society and how to reconcile the pain the world experiences.

In keeping with the album’s themes, Coldplay has decided they will not be touring “Everyday Life,” citing the extreme toll a world tour takes on the environment. Chris Martin, the frontman, spoke to BBC News, saying, “Our next tour will be the best possible version of a tour like that environmentally. We would be disappointed if it’s not carbon neutral.”

The album begins with a bittersweet, swelling orchestral piece titled “Sunrise,” laying the groundwork for an album about hope coming out of grief from the world as it is.

In some ways, the album lacks cohesion and focus, as Coldplay tries to comment on various issues spanning from police brutality to nuclear proliferation to the refugee crisis to child neglect. The album’s message is questioning how to live in our globalized world, but it takes strange tangents like the song “Daddy,” which is from the perspective of a child missing their absent father. While a fantastic and poignant song, outliers like this make the album feel unfocused, confusing the listener.

Similarly to how Coldplay has their sad, breakup album (“Ghost Stories”), this is their justice album. Their albums in past years have felt more and more commercialized and not as thoughtful, specifically “A Head Full of Dreams” in 2015. “Everyday Life” brings back the small studio sound that their early albums shone with.

“Everyday Life” is influenced by a variety of cultures, with the gorgeous song “بنی آدم (Children of Adam)” being directly inspired by a Persian poem of the same name. The poem highlights the connections between all of us, with the lyrics, “If you have no sympathy for human pain/ the name ‘human’ you cannot retain.” The song ends with a verse from the Nigerian gospel song, “Otuto Nke Chukwu N’ojija Aha Ya (Glory to God in His Name).” The verse roughly translates to, “What are you talking about, dear God?/ For everything God made it.” Another song, “BrokEn,” shines with a traditional gospel choir backing Chris Martin.

One of the more catchy yet controversial songs is “Orphans,” focused on the Syrian refugee crisis, with thoughtful lyrics such as,  “She had eyes like the moon/ Would have been on the silver screen/ But for the missile monsoon” followed by the less-thoughtful chorus, “I want to know when I can go/ Back and get drunk with my friends.” The chorus and verses feel like two very different songs with very different tones. The song is somewhat trivializing to the suffering that refugees face, turning a beautiful contemplation on the current crisis into a radio-friendly party song.

“Guns,” another standout from the album, speaks to the frustration of gun violence in America. It sarcastically sings, “Poor is good for business, cut the forests, they’re so dumb/ It’s the opinion of this board that we need more guns.” This short song is angry, channeling the frustration and the nonsensical nature of our world.

“Everyday Life” is in no part a perfect album, as some of the many messages fall flat while some songs lack cohesion and complexity. However, I implore you to see the album for what it is: an earnest, imperfect attempt to make sense of the modern world, infinitely complex as it is. As Chris Martin sings in “Arabesque,” “Music is the weapon of the future.”