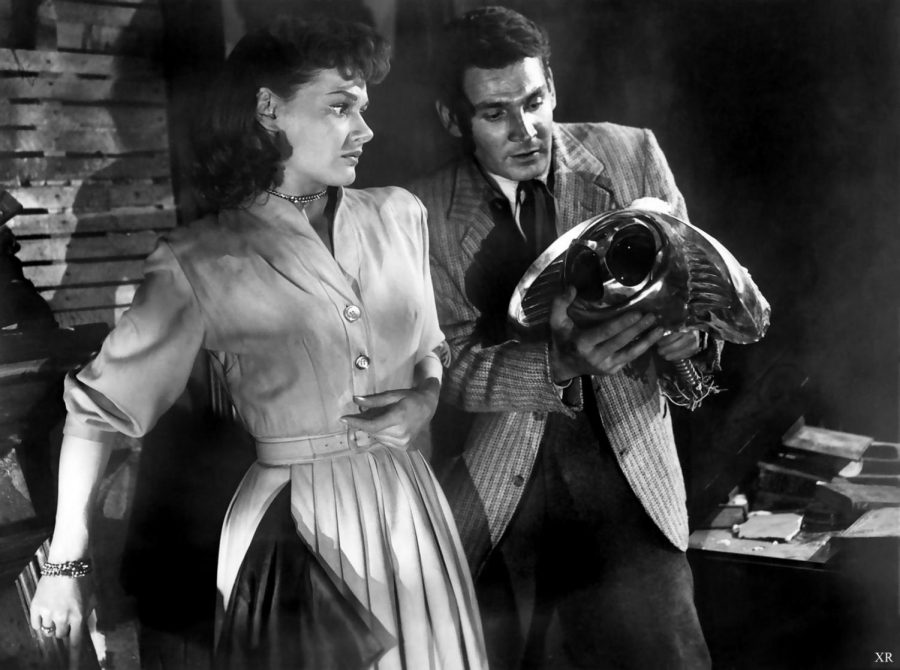 Photo from IMDb. Fair Use.

Ann Robinson and Gene Barry in a promotional still for "The War of the Worlds."

At Grand Rapids Comic Con last weekend, the final event of Saturday night was a showing of the original “War of the Worlds” film from 1953, with a special guest speaker: the star of the film, Ann Robinson. “War of the Worlds” follows Sylvia Van Buren and Dr. Clay Forrester, who battle alien creatures that have come down to earth, killing anything in their path. The two protagonists work with the US military as the aliens take over the world. After machine guns, tanks and an atomic bomb all fail to harm the aliens, they finally die from the smallest weapon of all: human bacteria.

Before the lights went down, Robinson was chatting with audience members, reminiscing about the film released over 60 years ago. Prior to the start of the film, she gave a brief introduction, noting that although the film is only 87 minutes long, making it “felt a lot longer.” She continued, “The movie doesn’t waste any time, it gets right into it.”

After the film, Robinson did a Q+A session with the audience. One audience member asked whether or not there was pushback after the film was released, as Robinson played a  single woman with a career and a college degree, something unusual for films of the time. Robinson replied that there was a lot of pushback, and many people in the crew for the film actually would laugh when her character said she had a college degree.

Robinson described how although her mother encouraged her in her film career, her conservative father would pay her 25 dollars to not do things he didn’t want her to do, including taking roles in movies. However, when Robinson took her father to the premiere of “The Spirit of St. Louis,” a film about his personal hero, Charles Lindbergh, he seemed to change his tune.

Later, Robinson shared that though the movie was set in Los Angeles, the scene of military tanks fighting the alien ships was filmed in Arizona, as the California National Guard refused to lend their tanks, because they didn’t want to film a scene where they were defeated by the alien assailants. Robinson recounted many other anecdotes about filming. She told a story of when one stuntman who was on fire ran into a table and fell onto the cameraman’s feet. She also shared that the crew filmed the scenes out of order, as is common in Hollywood, but because of this Robinson often did not fully understand what was happening in the scene.

When asked to compare the original movie to the 2005 remake, Robinson said, “[in the original] everything was done by hand and now it’s all done by computers.” She continued, “Now you can make things very spectacular, but I think [the original film] is pretty spectacular and it was all done with genius and loving hands.”

When asked how it felt to be a part of something that will last and be remembered forever, Robinson replied by saying that she was thrilled, and that she “love[s] that [her] grandkids will see it.” Robinson said she “hopes it will last another 60 years.”