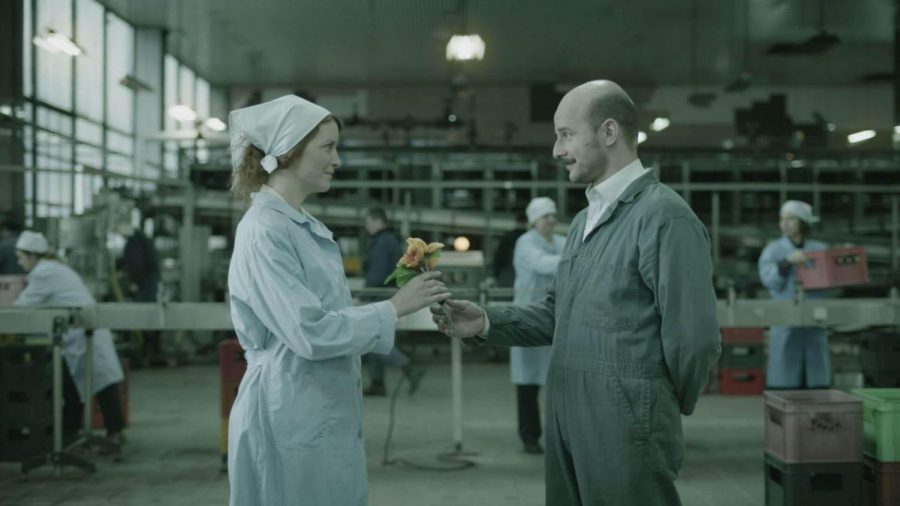 Photo from the Jerusalem Film Festival. Fair Use.

The Grand Rapids Comic-Con Short Film Festival consisted of 22 films. Movie-goers trickled in and out as the day went on, but the room was never empty. The event was split into two blocks, each with 11 films, and culminated in a brief awards ceremony. In addition to an award for best short, there was an audience choice award. Audience members listed their top three favorite films of the day, and the winner was picked based on those rankings.

The best short award went to the film “Moon Drops,” directed by Asaf Yecheskel. The film centers around an unnamed mechanic in a bottling factory in eastern Europe. Sick of his repetitive life, he begins building a mysterious machine on the roof of his apartment. It is revealed this machine is used to collect a mysterious liquid from the moon, the titular “moon drops.”

The next day, the man goes to the local market to try to sell his product, but after a day of waiting no one takes notice. He decides to try drinking the moon drops himself, and suddenly a thick head of hair sprouts for his once bald scalp. Upon seeing this, all of the bald men in the market rush his booth clamoring to get some of the product. What follows is an artful montage of the former mechanic’s success as he opens a storefront and then a factory. He builds more and more of his moon drop machines, until their collection beams fill the sky. The film ends with the conclusion that after harvesting so many of these moon drops, the moon loses its light, indicating the end of its resources. This film was a stand-out in quality and seemed to have a higher budget than the other films in competition. Likewise, the film managed to convey a lot of emotion, despite having no dialogue.

The audience choice award went to “Lock the Door,” directed by Devin O’Rouke. This film focuses on a soldier returning from deployment who struggles with paranoia, likely due to PTSD. As the man tries to adjust to civilian life, he struggles to relax. He sits on the porch all day surveying passersby, and jumps at the feeling of his wife’s hand on his shoulder. Throughout the film, we see a mysterious hooded figure watching the man. When it is time for the couple to go to bed, the man makes sure to lock the door, paranoid someone might try to enter the room while they sleep. He wakes up in a cold sweat after dreaming that someone had come into the room and notices the door is open. He wakes his wife who says she forgot to lock the door again after she used the bathroom during the night. The couple go back to sleep but the next night the same thing happens again. The husband and wife then sit down and discuss possible solutions to this paranoia, and the wife convinces the man to leave the door unlocked for a night to prove to himself there is no real danger. The film then ends abruptly with the hooded figure seen earlier in the film hovering over the man’s bed as he sleeps.

Some other stand outs of the night were “Capitán Kinesis,” directed by UFO studios, a Spanish film about an old man with dementia who thinks he is a superhero, and “Fire Flower,” directed by Steve Leeper, a super short stop-motion film about a robot who can’t help but to destroy every flower he sees.