Horror star Tobin Bell not a fan of the genre 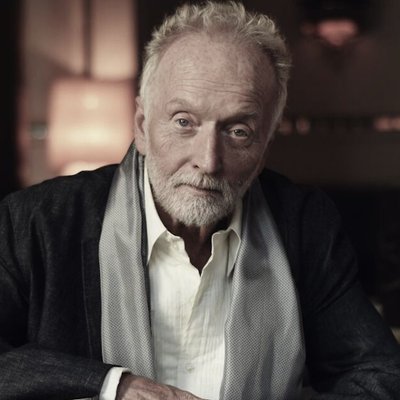 Tobin Bell is best known for playing Jigsaw in the Saw franchise.

One of the headliners at Grand Rapids Comic-Con was Tobin Bell, who played John Kramer aka Jigsaw in the “Saw” franchise. His event was a moderated interview followed by a Q&A with the audience. Bell shared that although he is best known for his work in the “Saw” franchise, he isn’t a fan of the horror genre. “I actually don’t watch horror movies unless they’re recommended to me for a strong reason,” said Bell. He went on to say that he just happens to be playing Kramer, but he’s also played “priests and astronauts and cowboys” and approaches playing Kramer the same way he would any character. He did, however, note that he enjoys the horror films “Wolf Creek,” directed by Greg McLean, and “The Descent,” directed by Neil Marshall.

Bell said horror films are often ostracized because “it’s all about the scares,” and you can’t have as much heart. Bell thinks the “Saw” franchise has been successful because of all of its layers. He went on to say, “[Saw] is a horror film, so of course you want to be scared,” but he thinks films also need to have a more philosophical layer. He continued, “The balance of adding philosophical aspects and keeping that horror aspect can be tricky, but it’s worth it.”

Bell said his character John Kramer is a good villain because he’s relatable. He said, “The best bad guys are the ones you can identify with in some way.” Bell noted that Kramer is also a compelling villain because it is up to interpretation whether the character is really evil. He said, “People ask ‘is he a good guy?’ That’s up to you. If you can make the viewer think ‘oh I get where he’s coming from,’ that’s good.” He said “[Kramer] never kills people,” “… sometimes the chance they’re given is slim, but they’re always given a chance, and he doesn’t lie.”

Bell closed the Q&A by saying, “We need to think more. That’s the good thing about ‘Saw’ fans and horror fans in general. They are really smart and really love the genre.”