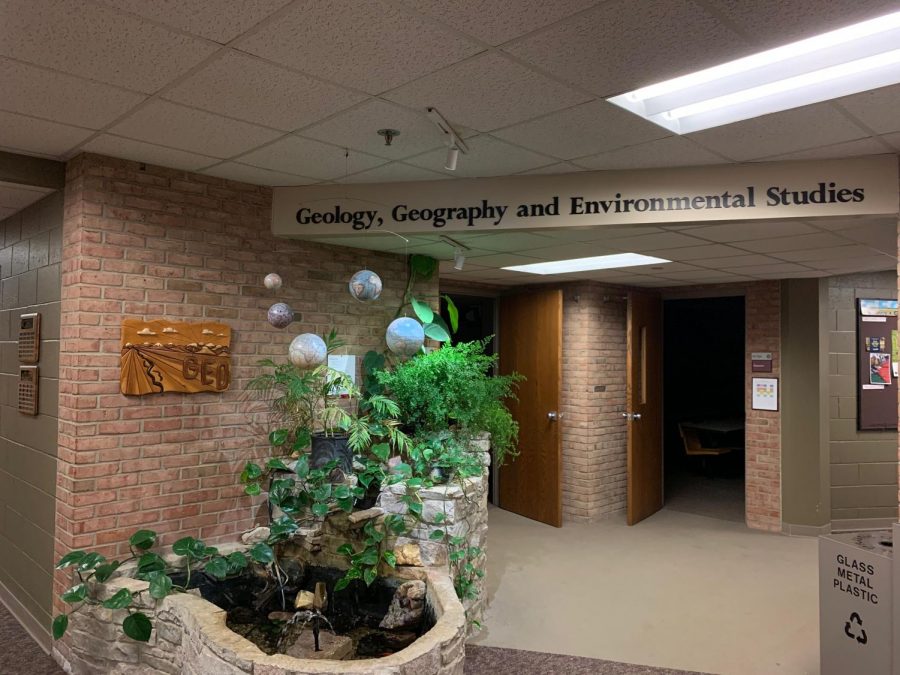 Calvin University has added a new undergraduate certificate to the geography department. With this certificate, both past and future students of all majors can learn to use the systems necessary to look at spatial information.

The certificate consists of three geographic information systems courses, GEO 261, 361 and 362. Together, these classes are bundled as a certificate in GIS. Although these classes have been part of the geography department roster for several years, Calvin has recently obtained authorization from the Higher Learning Commission, one of several higher education accreditation agencies, to offer them as a certificate to students graduating from any major. According to Jason VanHorn, co-chair of the geography department, “From this December on, any student that graduates with a major at Calvin University and has taken those three courses will automatically have a GIS certificate added to their transcript.” This includes students who have graduated in the past having taken all three classes.

The three classes teach students the skills and tools necessary to look at information spatially. The first of the three classes is GEO 261, Intro to GIS and Cartography. In this class, students are taught to design and analyze maps. They learn how to use spatial analysis techniques in map making through a series of nine labs and a final project proposal based on their own field of interest. The second course, GEO 361, expands on the first through a series of labs and an in-depth look at the project proposed by the student in GEO 261. In this class, students learn how to build interactive mapping environments. The third and final class, GEO 362, Remote Sensing of Earth, teaches students to use aerial and satellite imagery. Students create their own images through data collection on the field with drones. The class also focuses on downloading and manipulating the images in order to analyse natural and human questions about the earth.

VanHorn encourages students of all majors to pursue GIS certification. “Any industry… any kind of discipline that deals with spatial questions is inherently going to use GIS,” VanHorn says. This applies to many degrees outside of the sciences, including business, marketing, missions, journalism, politics and education. Although these areas of study vary widely, they all deal with spatial questions and using data to build maps. VanHorn also adds that having this training and certification not only prepares students to work with the technology used in these mapping systems, but also makes them more hireable. Many employers, especially in the sciences, are looking to hire employees with training and experience in GIS.

Eddie Lambert, a senior geography major, will graduate this spring with the GIS certificate added to his transcript. He is excited for the opportunities that this will bring him as he looks into employment opportunities and graduate schools. Not only did he enjoy learning to work with data in the information systems classes, but also the diversity of interest in his classmates. Like VanHorn, Lambert encourages others to take these classes and learn to think about their field of study from a different angle. “I think it’s a track that can benefit a lot of people,” Lambert said. “It is a lot of work and a lot of commitment, but I think it’s really worth it. It doesn’t matter what major you are, if you have something that you’re interested in that you want to map or look at spatially, I would totally recommend this.”