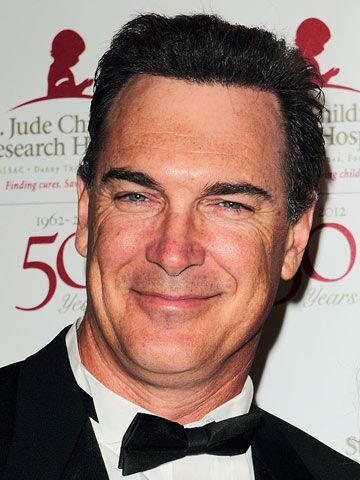 Warburton is known for his unique deep voice in films like "The Emperor's New Groove."

At Grand Rapids Comic Con on Saturday, voice actor Patrick Warburton held a Q+A session with the audience in a packed auditorium. Warburton is best known for his voice acting roles as Kronk in “The Emperor’s New Groove” and Joe Swanson in “Family Guy,” and his live-action performances as David Puddy in “Seinfeld” and, more recently, the titular role in “The Tick.”

The first question posed by the audience was whether Warburton sought out a career in voice acting, or if it was something he stumbled into. Warburton responded that he had only done voice acting until he was about 30. He explained, “Right around when the 9th season of Seinfeld was happening, they were doing casting for ‘Emperor’s New Groove’.” Warburton auditioned and got the part. He explained that “When you audition for an animated film they have a character description but they don’t know what it sounds like until you speak … they liked what I did with it so I got the part.”

Another fan asked if any of Warburton’s lines in “The Emperor’s New Groove” were improvised. Warburton explained that none of the lines were improvised, but he tried “to make it seem fresh so it seem[ed] more organic,” which in turn might make it seem improvised. Warburton elaborated on the art of line delivery, saying, “There isn’t a right way to deliver a line. You just gotta bring some creativity to it… it might not work, but that’s why you say lines multiple times.”

When asked if he would ever star in a live-action remake of “The Emperor’s New Groove,” since Disney seems to be recycling previous titles, Warburton responded, “I’m not a big fan of the Disney live-action remakes.” Warburton said he’s tired of seeing the same ideas again and again, continuing, “We need to be more inventive.”

Warbuton ended the Q&A by saying he was proud of his work in “Family Guy.” He said, “In this day and age where everyone is so offended we need comedy that pushes those boundaries,” which was met with applause.