“Jesus is King,” but Kanye still fights for the throne 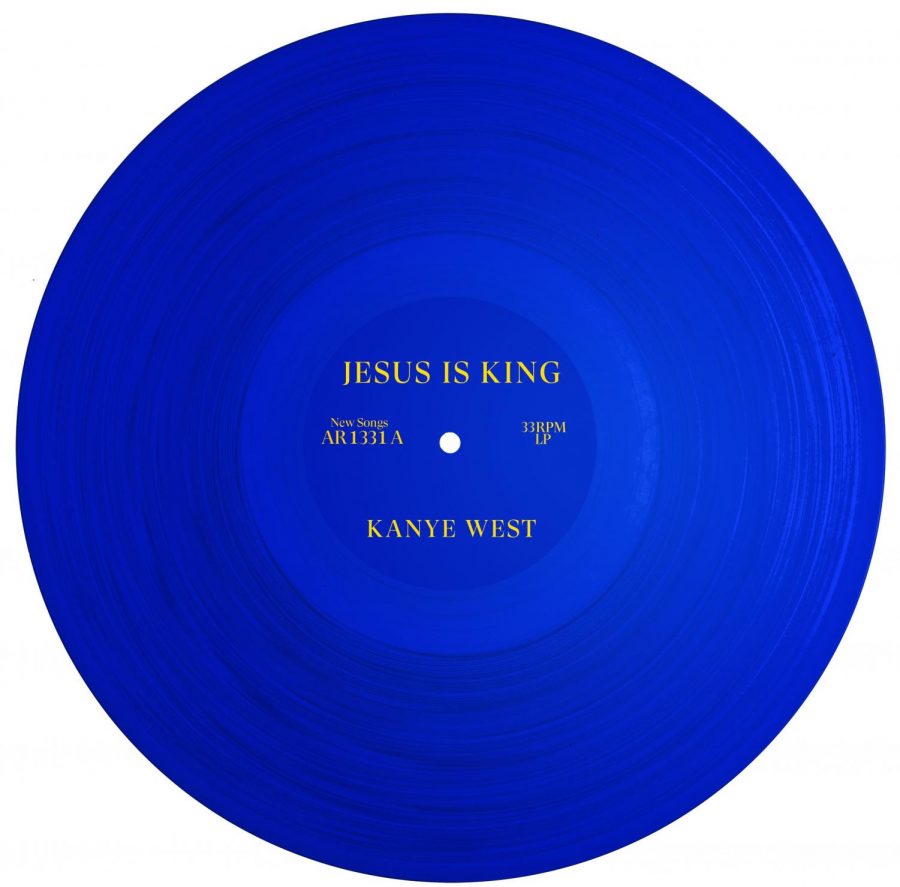 Correction: An earlier version of the review states that Kanye refers to himself as the “greatest artist” in “Follow God”; however the lyric is found in the song “On God.”

Kanye West is no stranger to his faith, and has expressed that in his music throughout his tumultuous career. However, for the first time, West has released an entirely “Christian” album, but it falls short in almost every aspect. Instead of building up his Lord and Savior, West elevates his own ego yet again, putting himself right next to the Son of God. On Oct. 25, rapper Kanye West released his ninth studio album. After many changes, delays and high expectations, “Jesus is King” is finally here.

For all intents and purposes, “Jesus is King” is not a gospel album. While “Jesus is King” checks the boxes for a faith-based rap album (sampled gospel songs, angelic choirs and vocals, etc.), this album is more an inside look into how West views his relationship with Christ and Christianity than it is a straight-up gospel album (that is, a coherent musical effort that stays consistent in its goal: to glorify Christ through song).

The album is only 27 minutes long  — longer than some of his 2018 releases  — but the difference is that every Kanye-led release of 2018, including Pusha T’s “Daytona,” West’s own “Ye,” and the West/Kid Cudi duo “KIDS SEE GHOSTS,” were all fleshed out to their utmost capacity. At seven to eight songs each, they all accomplished their goals with exceptional confidence and craft. But something is different with “Jesus is King.”

The most satisfying parts of the album are its production and guest verses/contributions. The Sunday Service Choir, producer Pi’erre Bourne, Ty Dolla $ign, Ant Clemons, the aforementioned Pusha T, and Clipse (a duo formed by Pusha T and No Malice, a now-Christian rapper) are all in top-form throughout, but West sits in their shadow lyrically even when he wants to be the star. It’s this struggle between West and his guests that’s one of the album’s failures.

West attempts to make this album entirely about Jesus, but West can’t help but to keep his egotistical tendencies. In every song, West is using Christianity and his faith in Christ to air his grievances about those who doubt him. In “On God,” a song that one might hope contains advice on how to be a better Christian, he calls himself the greatest artist of all time.

What’s most disappointing is that West has made such a flawed “Gospel album,” when he’s created such masterpieces like his 2004 song, “Jesus Walks,” a wonderful example of Christian music’s discrimination at the hands of popular culture in the radio era, and 2016’s “Ultralight Beam,” a sparse yet exceptionally powerful faith-based rap/hip-hop masterpiece that gives one goosebumps for the full five minutes and 20 seconds. From these, one can see that West knows how to create art that brings himself and others closer to Christ.

But with “Jesus is King,” inspiration comes not from Christianity’s Lord and Savior, but Kanye West’s Lord and Savior: himself. Perhaps West can’t see that right now, and so he thinks that rapping and singing about Jesus on every track makes a gospel album. However, the prospect of interesting ideas, themes and stellar guest spots may continue to bring one back to the hope that West will one day learn how to create a quality album that puts Christ above anyone else.

He has the talent, but his latest Christ-based effort has skewed his focus on what a relationship with Christ should be.