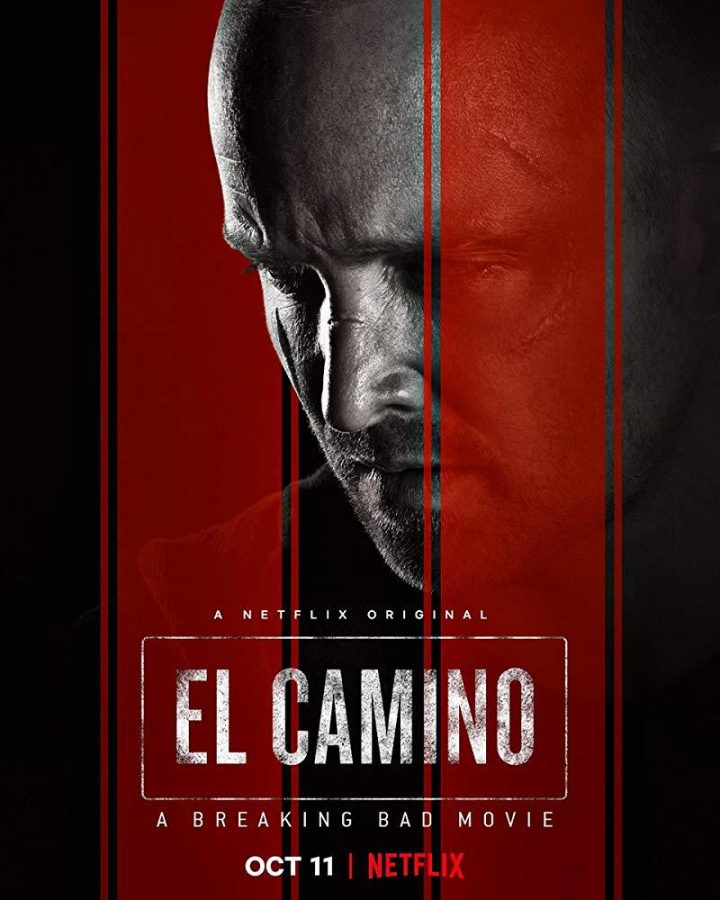 The finale of “Breaking Bad,” as good as it is, signifies a tale of moral failure rather than one of moral redemption. If “Breaking Bad” is about Walt’s (Bryan Cranston) descent into the darkness lurking inside his soul, “El Camino” is Jesse’s (Aaron Paul) climb into the light that is inside his.

For the few of those unfamiliar with “Breaking Bad,” the critically-acclaimed series is about a brilliant high school chemistry teacher, Walter White, who turns to cooking meth following a cancer diagnosis. With the help of a former student, Jesse, involved in the drug trade, both get more than they bargain for as Walt’s obsession with power grows to the point of total destruction.

And make no mistake, “El Camino” is a film for those who have watched “Breaking Bad.” Story beats rely on plenty of visual information that only fans of the series will recognize. The timeline of the story is set early on by giving us shots of the real-life modern day locations that have “replaced” those from the series, such as Los Pollos Hermanos and the strip mall where Saul Goodman’s office was once located.

However, this reliance is never to the film’s detriment. The storytelling is representative of the “yes-but” storytelling that Gilligan is a master of. Every step forward results in two steps back, always keeping the audience on the edge of their seat like during the most explosive episodes of “Breaking Bad.”

The series ends with Walter “liberating” Jesse from those he had made him a prisoner of, but this small redemptive act means little when his reasons are still so self-interested. In “El Camino,” however, Jesse takes responsibility for his actions and thus his own redemption. No longer will he let Walt, his parents or anyone else define him.

Of course, to achieve this redemption Jesse needs the help of others, which is few and far between. What he needs, of course, is grace, but in the criminal underworld, grace is unsurprisingly lacking. When Jesse does catch a break in the beginning of his journey, it’s from those society has marked as losers and outcasts, his deadbeat but caring friends Badger (Matt Jones) and Skinny Pete (Charles Baker).

They are the only characters in “El Camino” who show Jesse compassion and give him what he needs without question or for payment. “Why are you doing all this?” asks Jesse. Skinny replies, “You’re my hero and shit!”

Jesse’s status as a hero is derived from his place as a Christ figure. Jesse is one of the only characters in “Breaking Bad” to operate from selflessness in morally bankrupt situations. In a pertinent flashback in the film, he gives up the chance to kill one of his captors and escape because he knows doing so will cause them to hunt down the son of his former lover, Brock. Jesse’s constant suffering is all to save the life and well-being of another, even when he could easily save himself.

“El Camino” negates Walt’s act of pseudo-redemption and replaces it with something that is truly Jesse’s.

The film signals this shift from Walt’s perspective to Jesse’s through its impressive but incredibly different visual style. The cinematography of “Breaking Bad” was marked by subjective, handheld camera operation. “El Camino,” however, features smooth camera movement and widescreen composition that defies what we’re used to for “Breaking Bad.”

At first, it makes the film somewhat difficult to jump into as a “Breaking Bad” story, but the camera operates with a sort of omniscience that makes the pressure on Jesse from all the forces around him feel all the more palpable.

By recalling the kind of storytelling that makes “Breaking Bad” so engaging, the film will entertain fans of the series, but it will also remind them of what sometimes went so underemphasized by Walt’s actions: that everyone is in need of grace and redemption.