The Knight’s Stand: Why you should care about Line 5 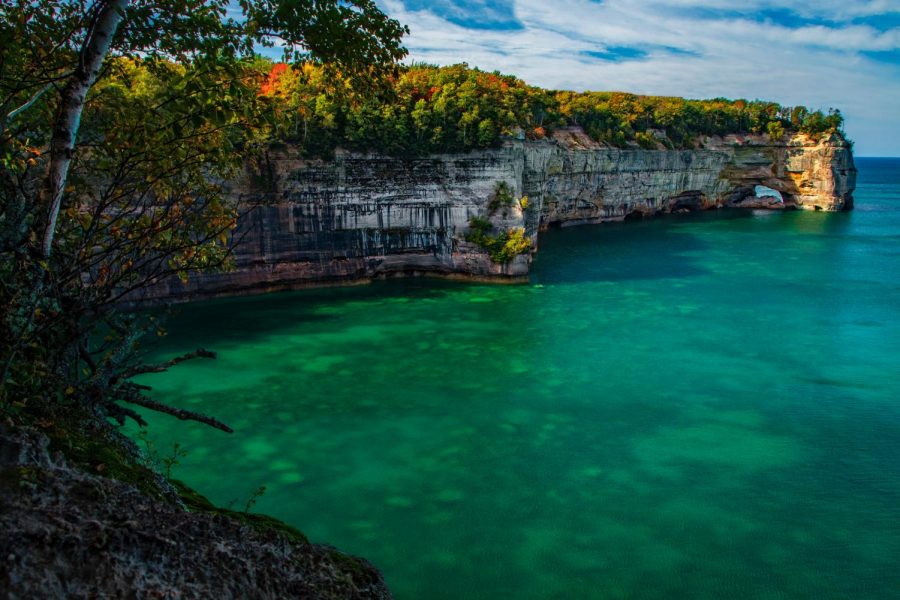 Line 5, the controversial Enbridge pipeline carrying oil and gas from western Canada to eastern Canada via the Great Lakes through the straits of Mackinac, has become a topic of discussion again with many media sources saying that Governor Gretchen Whitmer and Attorney General Dana Nessel can push legislation this week to pull out the pipeline. Whitmer made this one of her many campaign promises. As she explained it to Michigan.gov, “all action [is] necessary to protect the Great Lakes, protect our drinking water and protect Michigan jobs.”

Like me, 1,965 other Calvin students grew up in this beautiful state. We got to live next to one of God’s greatest creations, the Great Lakes. Like most of you, I also saw my family struggle through the 2008 economic recession. I remember my father’s small construction supply company barely making it through because “no one was building.” This isn’t the future I want for the state that I have had the privilege to grow up in. This is why when I see a lack of care from political elites like Whitmer and Nessel about Michigan’s middle-class families, I find myself infuriated. Line 5 could cause serious damage to the Great Lakes, but there’s practically no chance of significant destruction, and closing the line could tear down our economy, drive up Upper Peninsula energy costs, and would make life increasingly dangerous for truck drivers and rail workers.

According to the Association of Oil Pipelines, in 2013, 99.999% of the petroleum sent through pipelines made it to its destination, and and pipelines have become 50% safer in just over a decade. Pipelines provide more benefits than costs. ThePipelines provide more benefits than costs. If Line 5 is taken out, demand for oil and natural gas will skyrocket. With our current energy boom we can’t simply just stop using natural gas and oil. This will cause oil and gas to be transported by road and railway, and, according to a 2013 Manhattan Institute study, road transportation has a 20 times higher incidence rate than pipelines. Also, rail transportation has double the rate of incidents of pipelines. Pipelines are a much safer alternative to transporting natural gas and oil.

Considering that it is not plausible to switch away from natural gas and oil very quickly, if we were to pull out Line 5, what would the economic opportunity costs be? Line 5 has, directly and indirectly, created 47,105 jobs in Michigan. 82 of Michigan’s 83 counties have economic activity resulting from the presence of the oil and natural gas industry. According to the Michigan Public Service Commission, we have the highest rate of residential propane consumption in the U.S. with more than 320,000 homes heated using propane. Without Line 5, the demand for crude oil in Michigan far exceeds its ability to be supplied. As Gary Wolfram, an economics professor at Hillsdale College, puts it, “Transportation of oil is two to three times more expensive by rail than pipeline and four times more expensive by truck. Adding 2,000 trucks per day to our roads to deliver Line 5 products could drive up the cost of road repairs.”

The economic impacts to Michigan would be devastating but would be especially bad in the Upper Peninsula. Chad Livengood, the senior editor at Crains Detroit, says that “the Upper Peninsula consumes about 95 percent of the state’s propane.” A study done by Michigan Petroleum Pipelines estimated that a shutdown of Line 5 would increase petroleum prices by 10 to 35 cents per gallon, leading the average U.P. household consumer cost to increase from $120 to $420 per year. The 55,000 people under the poverty line in the Upper Peninsula would be hit by a closure of Line 5 the most.

If you’re starting to question the motives of our Attorney General and Governor, the way they are conducting themselves on the political stage is even more questionable. This past June, six State House Democrats wrote a letter to Nessel about how “deeply disappointed” they were that she initiated a lawsuit to end the operation of Line 5 “with no alternative after the issue had been resolved through an appropriate compromise.” This came after 14 House Democrats voted on a bi-partisan bill, which they say, “[A] concrete-walled tunnel is to be placed approximately 100 feet below the lakebed, reducing the risk of a spill in the Straits to zero. Enbridge would pay for the construction and operation of the tunnel. This law solved a problem, through a reasonable compromise.”

Crude oil is a very nasty product. Whitmer isn’t lying when she says that a large rupture to Line 5 would leave devastation. What she and Nessel are conveniently leaving out are the massive opportunity costs to their plan. Again, 55% of our student body is from Michigan along with another 15% from the other Great Lake States, (Illinois, Indiana, Ohio, and Wisconsin), all of whom will be economically affected by this.

If we want what is best for this state, our student body should pay attention to this issue with nuance because it isn’t as simple as we are hearing. Even if you don’t agree with me, let your voice be heard. Reach out to your local state representative or senator. Reach out to Governor Whitmer and Attorney General Nessel. Let them know how you feel, because this is an issue too complicated to be solved through lawsuits.