All One Body discusses homosexuality within CRC 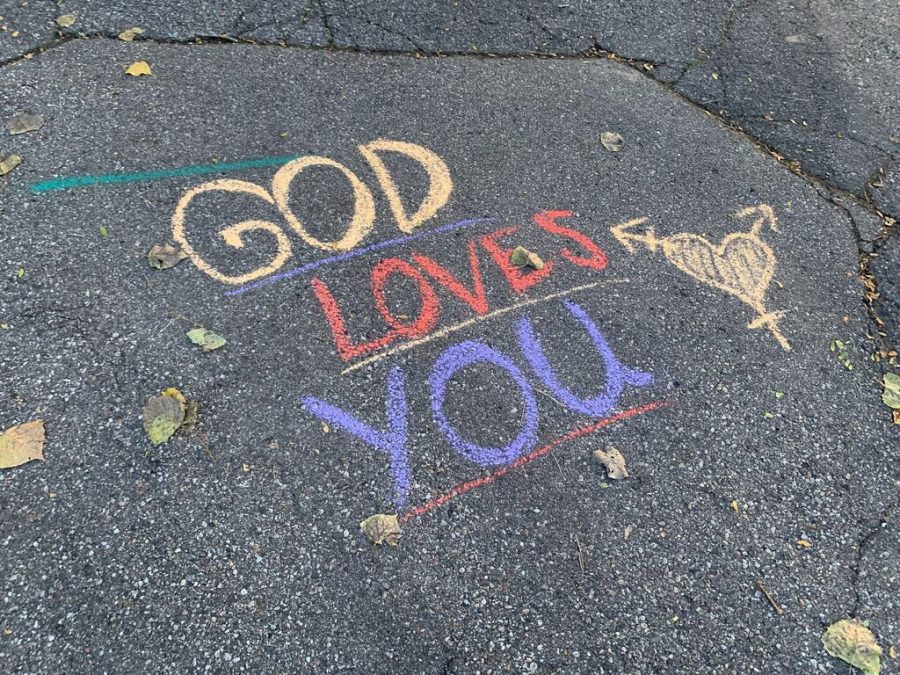 All One Body sponsored “Pastoral Perspectives on LGBT Inclusion” where three panelists were asked to discuss their views on “developments in the CRC and RCA toward the inclusion and exclusion of persons who identify as LGBTQ+, and the pending report of the CRC’s Synodical committee that is developing a ‘Biblical Theology of Human Sexuality.’” The event was held on October 3, 2019, at 7 p.m. at Sherman St. CRC.

This event takes place in the midst of current dialogue surrounding homosexuality in the CRC, specifically with the creation of a committee at Synod 2016 to explore biblical conceptions of sexuality and gender and report back to Synod 2021. The 2019 meeting of Synod considered declaring same-sex behavior and other issues identified in the study a status confessionis.

All One Body was founded in 2011. Their mission is to promote “unrestricted participation in all areas of church life by all members who confess Christ as Savior and Lord, whether single or partnered, without regard to sexual orientation or gender identity.”

Reiffer, ordained in 1975, served in three CRC congregations until 1998 when he came out as a gay man and was unable to secure a call to another CRC ministry. He spoke of his story, “I tried everything offered as a way to be cured, healed, delivered, or at least able to suppress who I am.” It wasn’t until the late 80’s when he realized: “My homosexuality would not be going away; my calling is to live responsibly with it as a given/reality in my life.”

“I am amazed to this day at how quickly after that simple discovery I experienced the loving acceptance of God, and the conviction that parts of the church and society needed to rethink this issue,” Reiffer said.

“I pray that God will bless the ongoing discernment by faithful, loving, and patient members of God’s body.” He encouraged others to tell stories, be visible, and look for local changes towards inclusion and specifically calls on counselors, therapists and students of psychology to advocate to the church what they know from science and their professional lives.

Rev. Dr. Gordon Wiersma spoke of Acts 10: the story of Peter and Cornelius. Although Cornelius is described as a devout man who feared God, Peter was certain he should not associate with Cornelius because he was a Gentile. “Peter was certain of this for good reason because scripture told him so. But the Holy Spirit told Peter something different.”

“Now I understand, Peter said, God is Lord of all, and the peace of Christ is for all. Cornelius was blessed but Peter and the church were much more blessed” states Wiersma.

Rev. Thea Nyhoff Leunk spoke of how she sees the official position of the CRC church affecting their ministry: by her account, causing members of our congregation to fear, to hide, and to lie about who they are. “Then the church isn’t a place where the truth is spoken in love; it’s a place that encourages people to lie. Instead of the church being a safe place, it’s a dangerous space for some of us. And instead of a place of welcome, it’s a place of rejection.”

To Leunk, it is a matter of social justice. Not too long ago, women were unable to be ordained within the CRC church. She recognizes that she would not have the title of reverend that she has today if someone, in fact many men in particular, had not advocated to the CRC church on women’s behalf. She now thinks it’s her turn to “pay it forward” and advocate on someone else’s behalf.

All One Body’s next event will be at 7 p.m., November 21, at Calvin CRC where Dr. Mark Actemeier, Presbyterian theologian and author of “The Bible’s Yes to Same-sex Marriage,” will discuss his journey to full inclusion of LGBT persons in the life of the church.