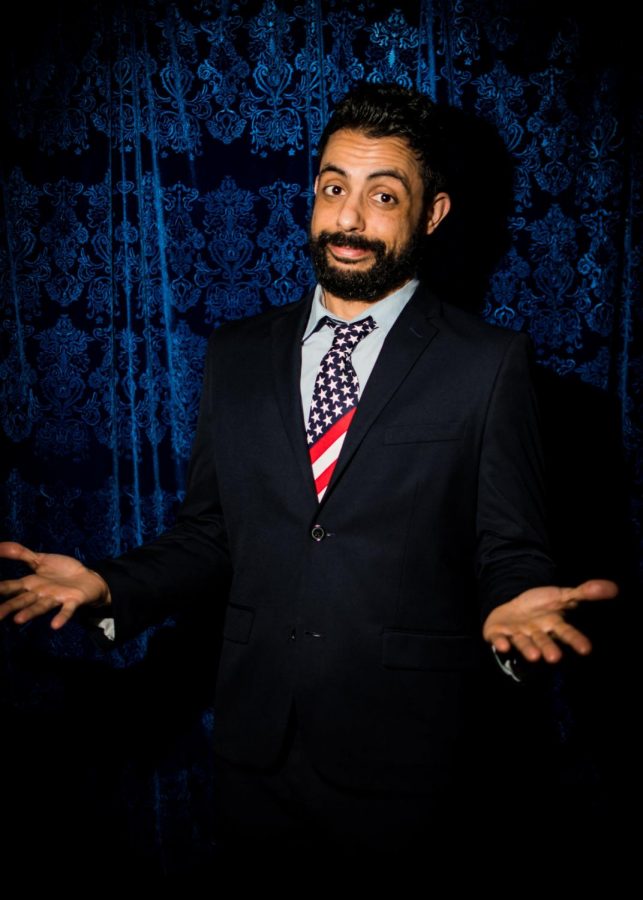 Obeid performs in the CFAC on Oct. 11.

Stand-up comedian Sammy Obeid majored in math in college. “When people asked what I was gonna apply it to, I said stand-up comedy,” he joked in an interview.

Obeid, who describes himself as a “second-and-a-half generation” immigrant, is the son of Lebanese parents who moved to the US as children with their own parents. He’s performing in the CFAC Auditorium this weekend as part of UnLearn Week programming.

Obeid indicated that he only does college shows “now and then,” but is excited about discussing his background and helping contribute to cultural dialogue and representation. In Michigan, which has the second-highest population of Lebanese Americans, Obeid said “it’s an honor we have to fly out the Lebanese from California.”

Obeid describes his approach to comedy and creative process as “mathematical”; he still very much considers himself a mathematician. “I’ve always been a math-inclined person,” he said. Jokes about his college specialty often make their way into his comedy. In a bit about math and religion, Obeid jokes “an atheist that’s not good at math is a scientologist, as far as I’m concerned.”

“People always told me I was funny,” Obeid said, which is what led him to try stand-up comedy in college. However, the experience “didn’t go so well… I ended up being, like, a character.” His costume and character jokes might have gotten a few laughs, but the experience initially led Obeid to the conclusion that “stand-up comedy wasn’t for me.”

However, after Obeid graduated, the prospect of doing stand-up suddenly seemed viable again. “I realized I could give stand-up a try, or work a nine-to-five corporate analyst job,” Obeid said, “so I thought I’d try it again.”

Obeid is perhaps best known for his “1,000 days of stand-up comedy,” when he performed stand-up for 1,001 consecutive nights. Though the comedy-streak isn’t recorded in any official record books, which he claims is because they wanted him to pay an overly-large fee, he believes from his conversations with others that it is the longest streak of its sort. “To my knowledge, nobody has beaten that record,” he stated.

One of Obeid’s current projects is a podcast called “Pre-Existing Conditions,” which he records with fellow comedian Priyanka Wali, who performed at Calvin earlier this semester. In the podcast, Obeid and Wali speak with other comedians about their chronic health issues. The idea came about because of Obeid’s interest in Eastern and natural medicine, an interest that came from his family, many of whom are doctors. “We’re like the rebels against medicine,” Obeid quipped.

Obeid brings his unique background and sensibilities to the CFAC Auditorium on Friday, October 11 at 8 PM.