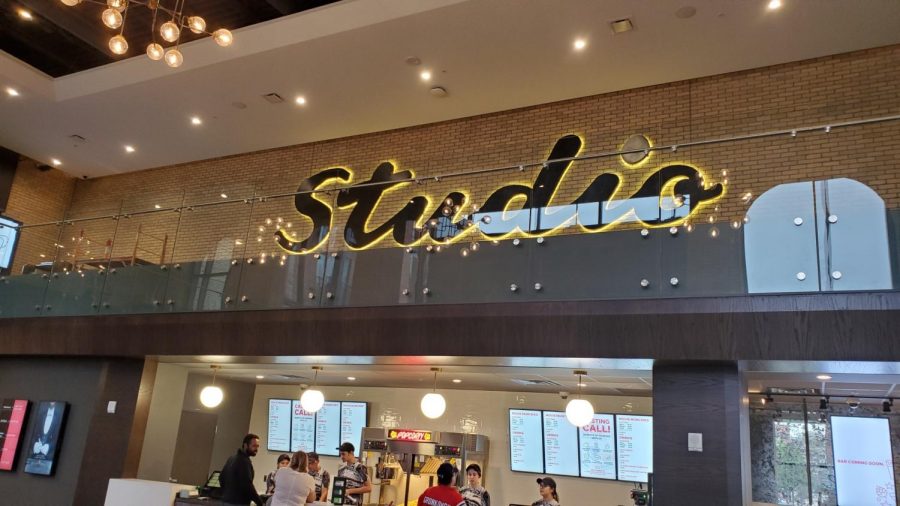 However, the new Studio Park complex is more than a theater. According to the Studio Park website, it contains restaurants and shops, lofts and condos, a music venue (Listening Room), a four-star hotel and a parking garage. With these facilities, Plantinga said, “It is possible that this facility will change what is considered to be the center of downtown, or at least move it closer to Studio Park.”

Annake Vandebrake, junior film major, feels similarly. “I’m excited for the Studio Park since I think it will add a new aspect of nightlife to downtown,” she said.

“I think it will benefit the city,” Plantinga added. He explained, “It makes it more likely that people will move downtown, which in turn increases density and could help us slow down the spread [of] urbanization and save some of our precious farmland and wild spaces bordering the city.”

Jono Klooster, Grand Rapids’ acting director of economic development services, said “The Studio Park project has and will continue to change the fabric of downtown in many ways.” He continued, “Where the site was formerly a place for cars, it is now a place to live, work, watch a movie, shop, eat and enjoy high-quality outdoor public space in the piazza.”

Regarding this change for downtown and speaking on her family’s company, Emily Loeks, director of community affairs, said, “[Celebration Cinema] has its origins with a downtown theatre, The Midtown Theatre, that used to be located at 123 Pearl and was torn down in the 70s. We’ve now been asked by three successive mayors to consider building a theatre downtown.” However, previously, parking space was always a concern for “making a downtown location viable and healthy as a business,” according to Loeks. The free parking at Studio Park makes the theatre more accessible than it otherwise would have been.

“The final project will have space for about 1/3 more cars in the parking ramp than were parked in the surface lot,” Klooster added.

Celebration Studio Park has a total of nine screens, including the largest screen in West Michigan, according to Loeks. The screen is 90 feet wide and uses 4k laser projection. In addition to these screening technology feats, most seats are recliners. However, Loeks said that in each theatre, “the row with wheelchair accessible seats and the row behind it,” will have the traditional “upright rocker seats.”

This is the fifth Celebration theater within or just outside of Grand Rapids, adding to the existing Celebration South, North, Woodland and Rivertown locations. Loeks thinks that to “some degree” Studio Park will compete with these locations, “But we believe that there is enough of a growing population of downtown residents and people who love to go downtown … that we’ve hit a tipping point,” creating a welcoming environment for a downtown theater.

“Studio Park will feature free parking for all moviegoers in a covered parking garage. What’s not to like?” Plantinga concluded.