Pastor Paul: music as a servant 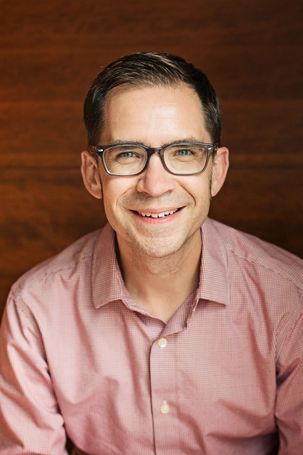 Within the acoustical confines of the chapel, buried under the narthex and tucked away from the area that students only dare venture for cookies after LOFT, resides the office of Paul Ryan (no, not that one).

In his now 16 years of leading the worship apprentice team, Pastor Paul has touched the lives of many under his wing. His faith in Christ and love for his students has been an affecting force in the lives of those around him.

“In seasons of grief and anxiety, he has encouraged me in prayer and in gracious listening,” said Joyce Chew, who served as a worship apprentice under Pastor Paul in her sophomore year. “I have watched him handle conflict and highly stressful situations with grace and compassion.”

Every morning Pastor Paul organizes chapel and leads the students of Calvin in song. His personal touch can be found in his work with the worship apprentices, a group of students who use their talents in music and drama to lead their fellow students in worship. Pastor Paul inherited the program from the previous worship pastor. He saw it as an opportunity to further God’s kingdom.

“I was part of a church that saw itself as an equipping and sending church,” he said. “And a lot of people poured into me, were mentors to me… and so I wanted to give back to others and so it’s just been a part of my deep love is seeing other people learn how to lead worship and do it themselves.”

In the structure of a church service, the songs could be seen as gaps of time that are meant to pad out how long it takes to get to the sermon. Pastor Paul, however, sees worship music as a significant tool in the growing faith of a believer.

His road to being the worship pastor however wasn’t an easy one, as he struggled to keep his love of music from dominating his love of God. As an undergraduate studying music, he found a love of audience approval, saying that was “really the thing that motivated and drove [him].” After reading a copy of “Knowing God” by J.I. Packer, he began to learn and understand who God is.

“Just learning about the character and actions of God and being in just sort of wonder and amazement of who God is, led me to a point where I felt like I needed to make a complete different direction in my life,” said Pastor Paul.

Unsure if he could continue to be a musician, Pastor Paul dropped out of school and began dedicating all his time to his church. It was during this time that he began worship-leading and readjusting his view of music. The mentors around him helped him to “put music in its right place as a servant of God and not [him] as its servant.”

Since 2003, Pastor Paul has used his love of God and music to serve the Calvin student body on both a community and personal level as Calvin’s worship pastor.