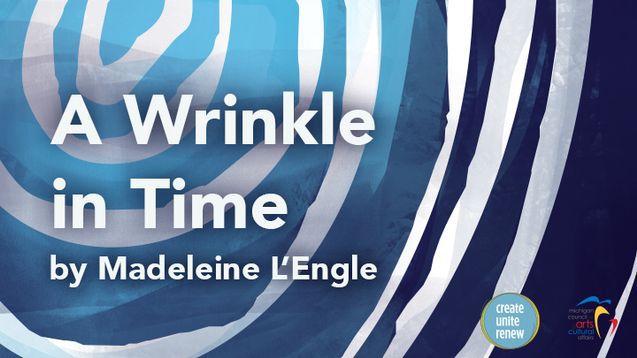 This November, the Calvin Theatre Company will perform John Glore’s adaptation of Madeleine L’Engle’s 1962 novel A Wrinkle in Time, directed by Dr. Debra Freeberg. According to the CTC webpage, “The cast will explore the theme of what it means to dwell in home and hope through the telling of this powerful story.”

While every show put on at Calvin is unique and comes with its own challenges, for “A Wrinkle in Time,” the cast and crew must think creatively on how they can depict different environments that represent different locations and galaxies. Because this show is the condensed version of the author’s original story, there is a lot to include in a mere 85-minute play.

One such challenge the crew has faced is creating an evil brain to represent the character IT, along with a large, daunting but comforting creature, Aunt Beast, that’s supposed to be from another planet. “Our Aunt Beast will be over 9 feet tall. A two-person puppet!” said Freeberg.

For those unfamiliar with Madeleine L’Engle’s fantasy-fiction tale, Meg Murray, played by Rachel Hubka, is a young girl who must embark on an adventure through time and space with her younger brother, Charles Wallace (Maddie Schilthuis), classmate Calvin O’Keefe (Josh Youngsman), and three mysterious women whom they meet on their journey — Mrs. Whatsit (Grace Pilarski), Mrs. Who (Caroline Jordan) and Mrs. Which (Aurora Krueger). Together they must rescue Meg’s father, a gifted scientist who has mysteriously gone missing, from the evil forces of IT, a disembodied brain driving evil forces onto the inhabitants of the universe.

Meg must channel her fierce love for her family in order to overcome her natural stubbornness, impatience and lack of confidence that stands in her way of saving her family and the world, along with proving that time travel is possible as long as love can overcome evil. The story stresses the importance of everyone’s individuality and uniqueness while simultaneously celebrating human creativity and confidence in oneself — all things the main protagonist, Meg, must learn for herself as the plot unfolds.

The play explores the themes of home and hope through Meg not feeling that she is home since her father went missing. This drives the feeling of hope as Meg goes on a journey to find him and restore their home back to its completed state. “Home is being with the people you love. There is love, wholeness and acceptance at home,” said Freeberg.

Madeleine L’Engle’s original story has sparked controversy over the mixing of scientific and religious themes. There have been two film adaptations of A Wrinkle in Time; one premiered in 2003 and another in 2018. Both films addressed this controversial problem by removing the religiously-tinged scenes from their versions.

According to Freeberg, “Those films missed the central idea of the book — the last film made it a girl power film. The theatre staff chose a script that we feel gets at the heart of the novel: the battle between good and evil, the glory of the cosmos, and the need for people of good will to stand against darkness. All of God’s good creation battling against the forces of darkness.”