SAO being saved through fundraising efforts 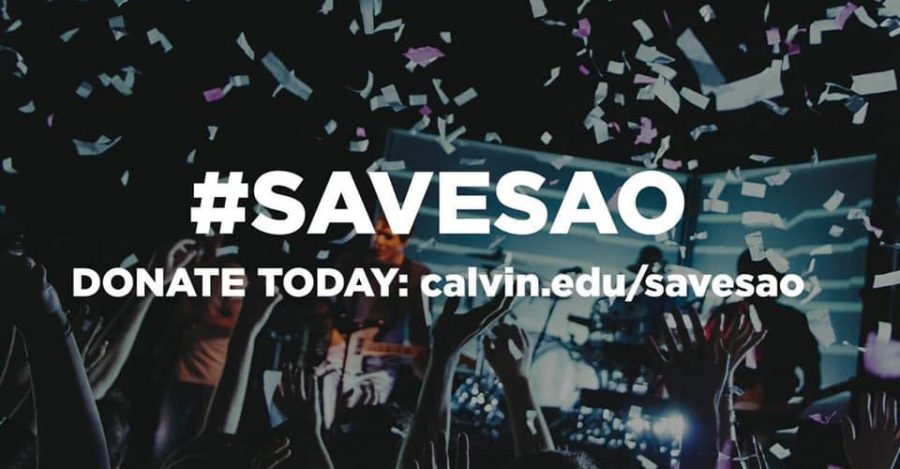 John Britton, associate dean of campus involvement and leadership (CIL), explained “The college is guaranteeing it to be 60 percent of a full-time equivalency (FTE) job.”

However, due to the nature of student and alumni responses stemming from Chimes’ first article and the public outlash on the fate of the SAO, activism was sparked among students, alumni, staff and faculty. As a result, a new plan for SAO was implemented through various conversations between the #SaveSAO group.

Visser added, “One of those is to raise an endowment — likely in the range of 2.5 to 4 million dollars — that will preserve the SAO for years to come.”

The second strategy, as previously mentioned, is to raise $150,000 to sustain the SAO over the next four years while the endowment grows.

As of Wednesday, May 1, the community has raised $15,115 out of the $150,000 goal. The amount shown online does not include money that was donated prior to the creation of the fundraising website, which has a progress bar to track the fundraising efforts.

“I am really hopeful and encouraged by where we’re at right now,” said junior Lyric Floria, a former SAO student employee who is also involved in the communications portion of the #SaveSAO project.

Molly Vander Werp, sophomore and cultural discerner said, “I want to thank everyone who’s given so much emotional energy [and] time to this thing that we’ve been doing—I think that, honestly, it’s paid off.  But it’s also not the end: we’re calling for donations from those who are able, as well as continuing conversation.”

Anna Jeffries, another junior who is involved in the #SaveSAO group, added, “I think it’s important for people to know that even though things have ‘quieted down’… the conviction and the drive has not lessened to any degree about this issue… it’s not just a ‘one and done’ type of thing.”

Jeffries continued, “I’m hoping that this will set a precedent and inspire people to also get involved to help support the SAO, to create dialogue with the administration, and to bring to light other issues and grievances that they may have that the administration needs to address.”