Current VP for finance and administration retires, will stay until replacement is hired 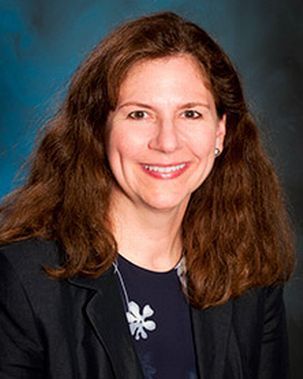 Sally Vander Ploeg is retiring from her full-time position as she seeks to spend more time with her family.

Sally Vander Ploeg, vice president for finance and administration, has made it known that she plans to retire from her full-time position and transition to a part-time role in order to spend more time with her family. President Le Roy sent an email out to faculty earlier today to make them aware of this development.

“Sally has devoted two decades to the service of the college in her roles in advancement and the finance and administration division,” says Le Roy in the email. “She has been a wonderfully diligent, honest, and warm-hearted leader for the college in this season, and we will miss her in this role.”

Also included in the email is a message from Vander Ploeg. She shares that she has been prayerfully considering her decision.

“Over the past year, I have spent a great deal of time in prayer and reflection on the gift of time and how I believe God is calling me to use this gift.”

As she reflects back on the 20 years she has spent at Calvin, she recognizes all the blessings and valuable experiences she has had in her role. However, she also notes the drawbacks that were behind her decision to leave:

“But also, during the past six plus years in my work with cabinet and the finance and facilities teams, I have seen that I have often missed out on time with my spouse, my family, and my friends. As I work toward retirement in the next five years, I would like to move toward a role where I may spend more time with family, while still pursuing meaningful work in a part-time role.”

She notes that she made known to Le Roy her desire to leave in August of 2018, sharing not only that she was leaving but also expressing her gratitude to the community for “the impact Calvin has had on my life for the past 20 years.”

Le Roy informs the community that Vander Ploeg “has graciously agreed to stay on in her role until we have completed a search for the next vice president for this division.”

He continues that “she will be a hard act to follow. We will commence this search over the next month and keep searching until we find the right person. Please consider nominating good candidates to fill this critical role at Calvin.”

Le Roy commends Vander Ploeg for the work she has accomplished while in her role of VP.

“The College has made tremendous progress under Sally’s leadership,” he says. “The endowment has grown beyond our goal, our debt has been reduced substantially, and our community has built and sustained good relationships with the people in her division.”

Le Roy ends his email by asking the community to keep the college in their prayers as the college anticipates this transition.