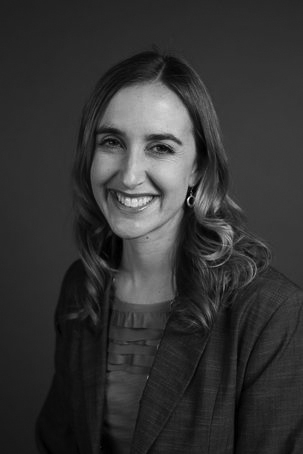 Sarah Visser, vice president for student life, addressed the college’s current situation regarding the fate of SAO as well as budget constraints more broadly. The following are questions asked by Chimes and the condensed points of Visser’s answers.

Chimes: What can you tell us about the size of next year’s budget for SAO’s programming, compared to this year’s? It has been our understanding that at least some of what SAO had done will continue in another form. Will there actually be an office called SAO to do that work?

Visser: When it comes to budget decisions, I’ve been looking at departments as a whole, and the question I’ve been discerning is not about what to cut or eliminate, but rather to attempt to envision possible pathways that will help us achieve similar impact and engagement with students moving forward, even in the midst of resource constraints.

It would be unrealistic to assert that we can do everything exactly the same as we’ve done it, but with less resources. I am clear-eyed that things will change by necessity as resources decrease. But I’m not captive to the notion that there is only one way to do something, and in my conversations with the leadership of CIL and SAO in years past and over the past several weeks, I’ve found them to be creative and open to exploring a variety of possible pathways to these impacts and outcomes. It could be tempting to say ‘if we can’t do it exactly like we do it now, it’s not worth doing.’ I don’t believe that, and I made it clear early on that I was not willing to abandon the vision/mission of SAO and other student-focused programs within the department.

When it comes to departmental budgets, there are two components — the operating budget, which encompasses everything from program costs to overhead, and the salary/benefits budget, which encompasses the human resources of the college. As with all departments across campus, decreasing revenue related to lower enrollment necessitates less spending on the operational side. We have to live within our means.

We obviously can’t continue to do exactly what we do now with fewer people, but we can reimagine the work with the outcomes and impacts in mind and attempt to thrive in the midst of financial constraints. I have no intention of eliminating SAO, though the organizational structure of CIL will naturally shift as a result of fewer resources and exactly what this will look like is still being determined.

Chimes: From our understanding, SAO events have generated quite a bit of revenue, at times at least approaching the amount the amount allocated for the SAO program budget in a given year. Is that a fair characterization? If so, can you offer a little more explanation for just how much money the college is saving by making these decisions?

Visser: SAO has indeed generated revenue through ticket sales. While this revenue helps to support the programming, it does not completely cover all of the operating expenses. There will still be money in the operating budget next year to support the programming work of SAO, and my hope is that the work will continue to be supported by revenue generated from events as it has in the past.

Chimes: The SAO, along with Ken, are kind of iconic, and part of the college’s brand, especially in certain quarters. Can you explain the extent to which that aspect of things was taken into account in the decision making process about the budget and reorganization?

Visser: I see the work of cultural discernment that has been carefully curated and cultivated over the past 25 years by Ken Heffner (and which is now synonymous with the brand of SAO) as core to the Reformed project at Calvin. If there is a silver lining in all of the tumult of the past week, it’s the outpouring of support for Ken and SAO that has shown just how transformative the work, this project, has been and remains.

If money were no object, I likely wouldn’t be working so hard to try to envision new possibilities, but given the constraints, I believe we have to consider possible pathways that can yield the impact and outcomes we seek. And the work before us now is to figure out what additional resources we can leverage to help us achieve this vision. I believe there is no one better suited to help us think through this than Ken Heffner. Over the past month, Ken and I have conversed about a number of things, including how we might leverage resources like the engaged cadre of alumni who are eager to advance this work at the college and the rich arts culture present in the city of Grand Rapids to augment what we do on campus.

As we imagine how we might structure the work of Campus Involvement and Leadership moving forward, I also asked Ken about his interest in considering a new position that could potentially incorporate elements of his current role in addition to elements of other work within the Campus Involvement and Leadership portfolio. He indicated that this is not something he feels called to at this point in time, which I understand and respect.

Together, we agreed that this work will need strategic leadership moving forward, and though we don’t yet know exactly what that will look like, I’m committed to cultivating leadership that will continue to exemplify the “holy worldliness” approach that has been exemplified by SAO. A few weeks ago, Ken and I chatted about his willingness to consider working in some capacity next year to help bridge to a new model, and he has graciously confirmed that he is open to that possibility.

Visser: I imagine the cultural discerner leadership position will continue, even in the midst of a shifting context. As the organizational model becomes clearer, we’ll need to figure out exactly how student leadership roles will function within a new context.

Chimes: How much will student involvement be retained in concerts and similar events? Exactly how often will concerts and movies be held on campus?

Visser: Student leadership is crucial to our effectiveness. I’m committed to student involvement remaining central to how we facilitate events and foster cultural discernment and engagement on campus. While I don’t know exactly how many concerts and movies will be held on campus, I can confirm that this will be a program that continues.

Chimes: What can you tell us about the other budget cuts the college will be making? Is there someone who would better be able to answer that question for us?

Visser: We have been reviewing staff positions across the college. We believe it is important to do careful planning and to first talk to the affected individuals before saying anything more widely. Those conversations began this spring, and they will continue as we wrap up this fiscal year and move into the future.