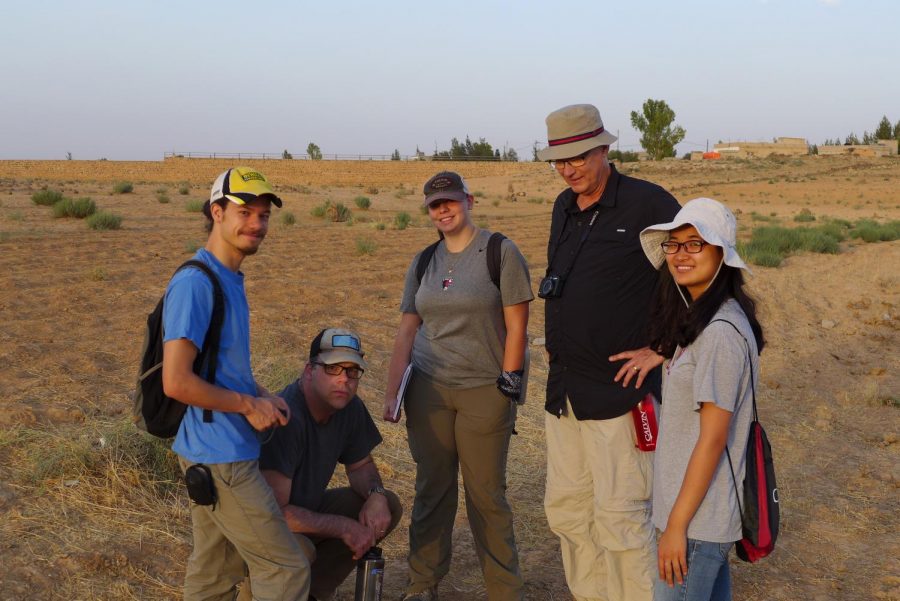 Calvin College students at the site

Globally, 780 million people do not have access to clean water; this fact shows the adequate need for the preservation and reactivation of a water delivery system to residents of this region in Jordan.

According to de Vries, Umm el-Jimal is in a semi-arid region of northern Jordan. After a millennium of vacancy, this place was re-inhabited by a coalition of Syrian Druze agriculturalists and Arab herders early in the 20th century. The residents relied on the ancient elaborate runoff water collection system for survival.

Through the work of the Umm el-Jimal Archaeology Project from 2012-2019, the modern community can reuse the developed and reactivated water system. During their presentation, de Vries, Wunder and Hoeksema indicated how water has established a bridge between antiquity and the community; around 1990, deep-well-drilling water supply replaced the runoff collection, and as of 2013-2019, the restoration of runoff supply channels and storage reservoirs were used for public and domestic consumption.

The preservation and reactivation of an ancient water delivery system at the Umm el-Jimal archaeological site in Jordan has been supported by multiple partners, including the Norwegian Agency for Development Cooperation (NORAD), Kentwood Rotary, Clean Water Institute of Calvin College and others. The partnership with the Calvin College Clean Water Institute began in January 2017 when three engineering student interns were accompanied by two engineering professors to Umm el-Jimal.

According to de Vries, during the internship of this project the students developed a digital elevation model of the site and planned an optimum water storage system, designed a community water distribution system and administered community water surveys.

Water has been restored in reservoirs since Arab people settled in the region before the Roman era. In their presentation, de Vries, Wunder and Hoeksema described the fieldwork involving Calvin College students who helped restore functional water reservoirs and excavated three water channels.

The engineering design for the Umm el-Jimal project has continued throughout the past two years, and, as of 2018, a water delivery design was created by engineering intern Sarah Cok, and a hydrologic model was created by Hoeksema. The 2019 installations at the Umm el-Jimal  site include a 3.5 km water supply channel as well as a Water Delivery System, which is a part of larger archeological activities being carried out by Calvin College.