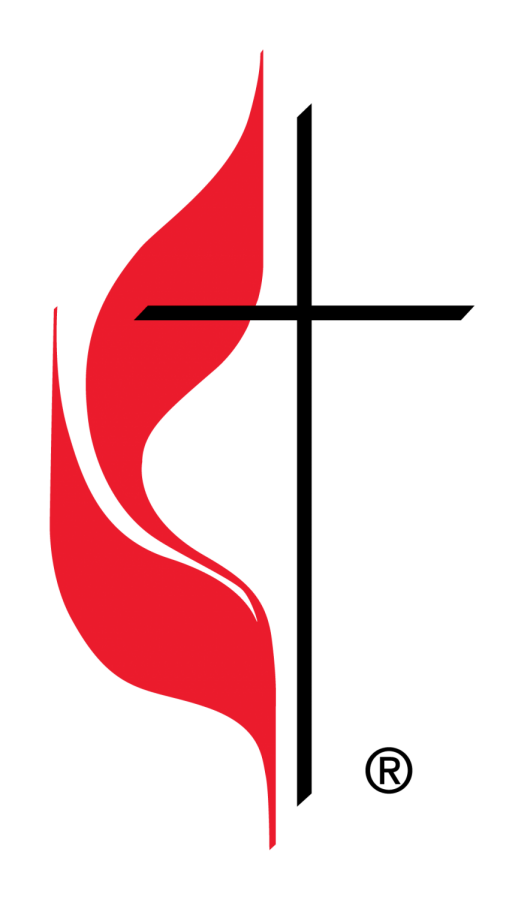 “I’m a lesbian. At First Grand Rapids UMC, I am super welcomed.” Junior Grace Swanson said about how she fits within the United Methodist Church where her father is a conservative pastor. The UMC faces a potential breakup in light of a general conference decision that has congregations split over the issue of LGBT inclusion.

The UMC’s logo and slogan states, “Open hearts, open minds, and open doors,” but does the church support openly homosexual members? The answer is more complicated than you might think. The denomination currently experiences great tension pertaining to conflicting viewpoints of how those in the LGBT community fit into church life. Particularly in Grand Rapids, UMC congregations are either completely disappointed or undeterred by the General Conference’s most recent decisions; still, all of them are uncertain about the future congruence of the denomination. Some students Calvin’s community are closely impacted by the consequences of UMC’s decisions.

For Swanson this issue is personal. “At more conservative UMC churches, it depends on whether or not someone is celibate. They might be more quickly accepted than LGBT people in a same sex relationship… Same sex partners can become members. I would not [be able] to get married there. I would still consider being a member at another UMC church.”

Swanson’s father preaches at a more traditional UMC church. “I still believe a lot of things the UMC stands for. My dad’s congregation is a more conservative congregation. Beliefs change congregation to congregation. In my dad’s particular congregation, this [decision] probably isn’t being talked about a lot. If they are, they are talking in a more favorable way,” Swanson explained.

The decisions being referred to are a set of two decisions on the same issue. From February 23–26, over 800 delegates from the UMC General Conference met in St. Louis. The One Church Plan, allowing clergy to have greater flexibility to make decisions about LGBT inclusion, failed by a 53 percent “no.” Delegates then voted on the Traditional Plan saying “practicing homosexuality is incompatible with Christian teaching” still has majority support, it passed by 53 percent.

Swanson continued, “The church has been talking a lot about same sex marriage; it’s now, do we believe if homosexuality is biblical at all? Gay and celibate, temptation to sin, that’s the way that they are.”

Ben Kappers,  a pastor from a conservative PCA church, explains his views on biblical sexuality, carefully affirming that “practicing homosexuality is incompatible with Christian teaching.”

Sexuality may be understood as it fits within Christian living from the teachings of Jesus: “When discussing marriage and sexuality in Mark 10 Jesus says, “But from the beginning of creation, ‘God made them male and female.’” Genesis 1 is not just a nice love story of our first parents; it is God’s authoritative pattern of human sexuality upon which Jesus bases his view of sexuality and Paul and Jude build their case against ‘unnatural’ sexual relations” Kappers asserted.

For pastors outside the UMC, their stance on homosexuality is more freely expressed. Some self-identified conservative UMCs in Grand Rapids did not want to answer about how homosexual participants may be involved in church life. One pastor said, “They would want them in the service but probably not in leadership, but on second thought, I don’t want to be speaking for the church.” Then he immediately hung up.

The traditional half of the UMC still acknowledges the “sacred worth” of all people as stated in their doctrine but does not believe same sex marriage or homosexual clergy are Biblically permitted. For a church having almost 13 million congregants, the almost 50/50 split of viewpoints could cause a denominational collapse.

Swanson believes the implementation of the General Conference decision has potential to change things greatly. “I am upset with the news of the change. I feel underrepresented as an American UMC… A lot of them will leave, make a new branch, or join other existing denominations. There are LGBT pastors that need to leave. Besides this most recent ruling, I practice a lot of things they practice and preach.”

Swanson continued, “Is this something that brings me to a new congregation, or is it something we fight for?” Rev. Dr. Hundley decides to fight for it. “There is an ad purchased to run in the New York Times and an ad signed by congregations and pastors, that will go out in the Michigan area.”

The Rev. Dr. Robert Hundley, pastor of First United Methodist Church Grand Rapids, spoke his synopsis of the situation, sounding deeply concerned, “When something like general conference happens, when they made a decision that is so controversial, it takes a very elaborate process to ponder our way through that to some conclusion.”

Hundley may be reaching out to other congregations to see if his church needs to change due to their standpoint on the LGBT issue. The General Conference included an escape clause: if a church does not find resolution on the issue, they may dissociate as a final option. According to Hundley, the decision to uphold the Tradition Plan is “basically disciminatory toward the LGBTQ community.”

For his congregation, which Hundley identified to be composed of 85 percent progressive members, this decision is deeply upsetting: “Hours after the conference, we held a service where more than 100 people came to spend time in a supportive way.”

Hundley arranged the prayer service, wrote a congregation letter, took part in a pastor forum and held an open dialogue about the issue. He explains the semantics behind the division: “The conservative end [passed] the continuation of traditional language, ‘homosexuality is incompatible with Christian teaching.’ The progressive arm of the UMC is offended by that language.”

For now, Hundley upholds his stance, although not in accordance with the UMC. “We do not define morality through the lens of sexuality. Jesus was really silent on this issue. Be concerned about loving others. It is the collision of Christian ethics, which is going to win, law or love?”

Hundley finds the issue running tangent to a wider topic where sexuality itself is a volatile issue.

From speaking to many pastors, everyone does have an opinion on the place for homosexual people in the church. Churches from both sides of the political spectrum in Grand Rapids offered passionate opinions, usually represented with meticulous wording. Inevitably, the debate will soon find its way into the other denominations. Reverend Jonker from Lagrave Ave. CRC predicts, “The UMC’s predicament is a harbinger of things to come for the CRC.”