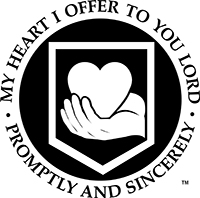 Calvin students found many unique ways to celebrate Valentine’s Day this year. From celebrating Galentine’s Day to debating over the “friend-zone,” most of the celebrations were not actually centered around romantic relationships.

The Calvin Debate Society (CDS) along with TEDxCalvinCollege hosted a debate the day before Valentine’s, tackling the question “does the friend-zone truly exist?” The two organizations invited Calvin students to come and share their opinions on the topic.

CDS is a new organization, and club leaders hoped the event would be a good way to introduce students to their club and encourage them to appreciate debate.

With Valentine’s Day in mind, “We wanted a topic related to love, or in this case, the lack of it,” said Danielle Frempong, president of CDS.

Meanwhile, some of the dorms, such as Bennink and Eldersveld, planned to celebrate Galentine’s Day. Usually celebrated February 13 and inspired by the show Parks and Rec, many women use Galentine’s Day to celebrate the love of friends. On the evening of Friday the 15th, the Bennink dorms will have a party with desserts, karaoke and a photo wall.

“Galentine’s is all about celebrating friendship between girls, and we think that the female friendships and community found in our dorm are really valuable,” Susannah Boersma, a Bennink RA, said.

The Rhetoric Center hosted a “worst & best” love poem competition. Students were asked to write either the “worst” love poem for a romantic interest or the “best” love poem about an inanimate object.

The competition was a fun way to promote the center, explained Sophia Morgan, a Rhetoric Center employee who helped develop the idea.

“Through this contest, we hope students will engage in rhetoric away from the sometimes stressful academic environment,” Morgan said. Winners will be announced on February 18.

Senior Daniel Hickey is one of the students who read at the event, and he said he was honored to read alongside his classmates and professors. He read his poem “Apostatic Floor Mopper.”

“It’s a sloppy sonnet that has the word ‘God’ in it too much,” Hickey said. “I chose it, or at least I like it, because the sonnet form invites a multi-layered conversation within just one poem, which is a nice formal way to talk to myself.”

The Calvin chapter for Liberty in North Korea (LiNK) was able to use Valentine’s Day as a fundraising opportunity for North Korean refugees. From February 12 through 13, students could purchase a “chocogram,” a bag of chocolates with a personalized note, which could be delivered to anyone on campus.

The sale is “a sweet way to show someone you are thinking of them, while also supporting Korean refugees with your purchase,” according to the event’s Facebook page.

Though Valentine’s Day is traditionally used to celebrate a romantic partner, Calvin students found lots of unique ways to practice the holiday this year, by celebrating love for friends, love for rhetoric and love for other people.