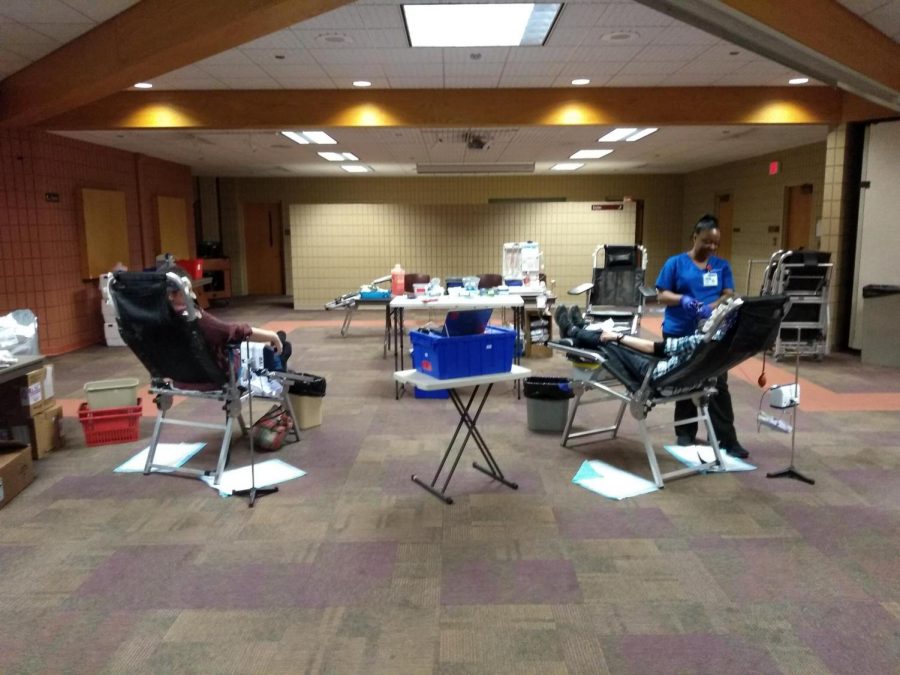 Camillia calls for more people to come and donate, especially those with O-, the universal blood type. She highlighted giving an Alyx donation, in which twice as many red blood cells are taken compared to a regular donation, and where the plasma and platelets are put back.

“Blood drawn for Alyx donations is more readily available for hospitals since we do not have to separate it out. One donor can save ten lives,” said Camillia.

Donating blood takes twenty minutes or less. Calvin hosted blood donations this week in the chapel undercroft 12–7 p.m. until Wednesday. For some, giving blood is a scary experience: “You might never see me again,” senior Zac Ericson muttered immediately after checking in for his appointment. After overcoming the initial fear, however, donating blood offers people a calm setting out of a busy day.

Visit any one of Grand Rapids’ several blood donation centers and walk right in when you’re free. Donors receive socks, pajamas or other practical memoirs for giving. Learn more about which blood types are in urgent demand and how each donor helps to serve others by visiting versiti.org.