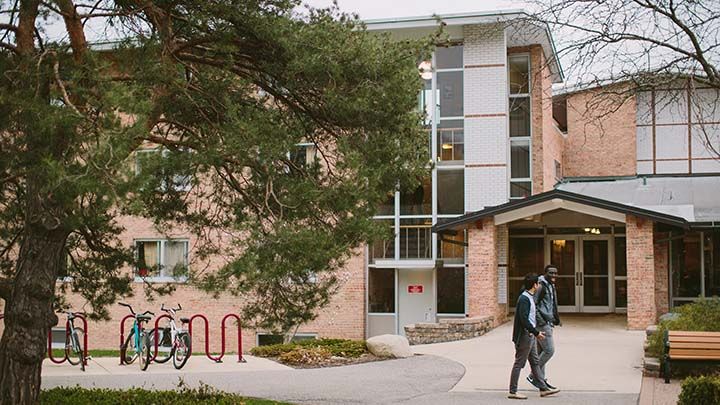 In order to increase on-campus housing revenue, Calvin’s administration is considering requiring a third year of residency, closing certain floors or building wings, renovating a dorm building or exploring other methods of renting space to interested students, according to Vice President of Student Life Sarah Visser.

Since the summer of 2018, Calvin College has begun to look at various opportunities to maximize programs and services that generate revenue for the school.

Over the past several years, Calvin has experienced a decline in enrollment numbers which has opened up more spaces in the residence halls on campus. Visser stated that because Calvin’s on-campus living experience is “a key aspect to the formative education that students receive here, we’d love to find ways to extend that opportunity to increasing numbers of students, including those who have traditionally assumed that they would live off-campus in their junior and senior years.”

“While we have not yet landed on a definitive direction, it has been interesting to think about our current model in light of some recent trends related to enrollment, student preferences and the local housing market,” said Visser.

The main question for those on the brainstorming committee is addressing how the empty space on campus from decreasing enrollment numbers can be used creatively. Many other questions have stemmed from the previously listed ideas. Calvin wishes to ensure that these ideas are considered thoughtfully and strategically to serve both current and future students.

Because there is not a concrete plan of action at this point, not much thought has been given to the operational aspect of the ideas generated. Once a more solid idea has been chosen to move forward with, a stronger emphasis will be placed on its implementation on campus.

Before making any final changes to on-campus residency requirements, Visser stated that Calvin will first analyze who will be affected by the changes. They will also be strategic in the transition planning and communication to currently enrolled students at the time the decision is made.

“As with any significant change, we would not want to surprise anyone or create obstacles to student success,” said Visser.

Calvin recognizes that both living on- and off-campus are opportunities and experiences that both students and families value. Living off-campus is an option that the college does not see going away for current and future students.

There has been an increase in the requests of juniors and seniors to live on-campus each year. This factor is also important in the college’s decision when selecting a plan for generating more revenue with the empty spaces on campus.

“Moving forward, we hope to find ways to meet this student need [living on-campus] and to creatively reduce the empty space in our residence halls. We’re eager to continue to explore opportunities to create attractive options for students while also maintaining financial viability for students, families and the college,” said Visser.