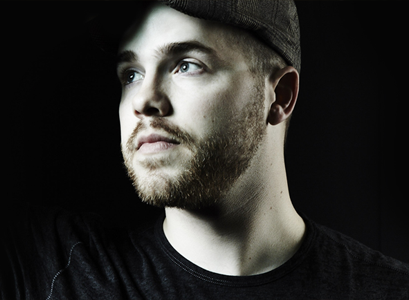 For the last year, an artist who goes by “Sleeping At Last” has been releasing a series of numbered songs, simply titled with their respective number, like “Two” or “Five.” At first glance, they appear to be a group of diverse, indie-folk-ish songs with meaningless titles. But the titles aren’t meaningless; they each correspond to a number of the Enneagram model, a centuries-old system for personality typing and spiritual development that is currently gaining popularity in Christian circles.

My experience is that when most people hear the term “personality type,” they immediately think of the Myers-Briggs test, or of any number of silly Buzzfeed quizzes, like “What type of mac ‘n’ cheese matches your personality?” Most people don’t take either of these seriously, because the latter is a frivolous time-killer, and the former has been thoroughly debunked by scientific research.

The Enneagram is a bit different, though. While those other tests take your answers and use them to create a definitive picture of your personality as if it were the unchangeable truth of your being, the Enneagram attempts to discern the way you’ve learned to interact with the difficulties in your life and uses that information to give you a path towards spiritual growth. The Enneagram seeks to help you discover your strengths and weaknesses, but also capitalize on those strengths and minimize those weaknesses.

This makes an enormous difference, because being told “you’re prone to this behavior, but if you work on it you can change it” is a lot more encouraging than “you’re an ESTJ” or “you’re a five-cheese homemade shrimp macaroni.” Not to mention that there’s a great deal more nuance in the Enneagram, with 54 total subtypes if you include the wings and social variants for each type.

Christians have long made the connection between faith and the Enneagram. Jesuit Richard Rohr, among others, explored the Christian history of the Enneagram and its potential for nurturing spiritual growth in his 2001 book “The Enneagram: A Christian Perspective.” In the last two years, both Zondervan and InterVarsity Press have published Christian Enneagram books. While the system has interfaith roots and even secular forms, more and more Christians are now discovering its wisdom.

Additionally, John Calvin provides us with a compelling argument for self-knowledge in the opening sections of the “Institutes”: “Without knowledge of self there is no knowledge of God… Every person, therefore, on coming to the knowledge of himself, is not only urged to seek God, but is also led as by the hand to find him.”

The Enneagram is useful as a tool for understanding ourselves, understanding others and understanding God’s work in our lives. If you’re interested in exploring, there’s a pretty good test for free on the Enneagram Institute website, but in my experience it helps to supplement the test with further reading. Successfully using a complex system like the Enneagram requires a slow process of introspection and self-evaluation, so you have to be patient and deliberate with it.

I understand that most people start out skeptical. But you might find that one of the types describes you with uncomfortable accuracy. In fact, if you’re uncomfortable, that probably means it’s working.

Regardless, I would strongly recommend you check out the “Sleeping at Last” album, where solo artist Ryan O’Neal explores each individual type both lyrically and texturally and even accompanies each piece with a podcast describing his choices and process in creating the song. Each track is meant to serve as a story of redemption for the associated type and potentially a message of comfort to those who identify with that type.

The most recent song, “Seven,” was released on October 15, and the final two can be expected to release in the next couple of months. In the meantime, be sure to listen to “Sleeping at Last’s” other excellent music, which includes a planet-themed album, a Christmas album and some assorted covers.