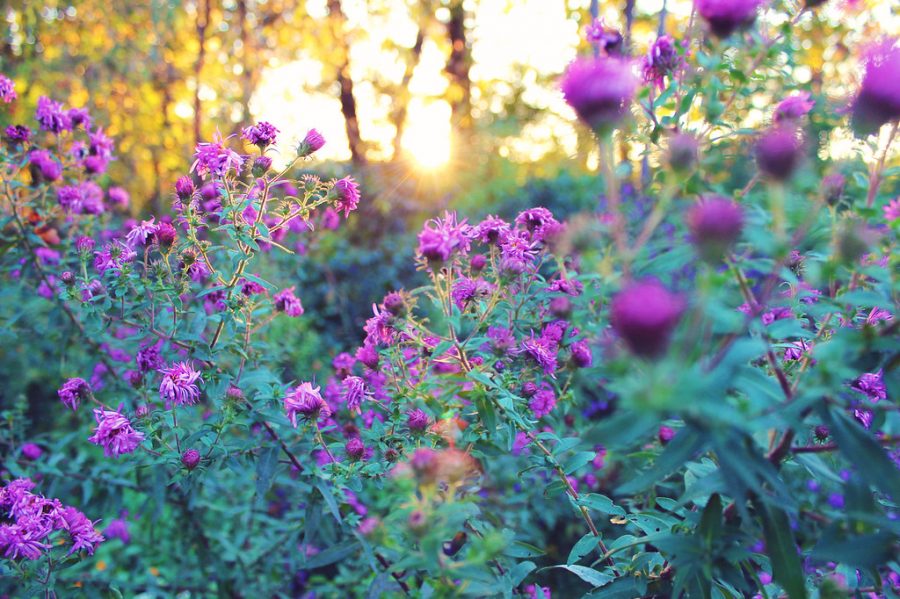 Through initiatives led by Calvin faculty, students and the Calvin Energy Recovery Fund, plans are in process for the institution to reach carbon neutrality within 40 years. As of last year, Calvin College has committed to one of the three Second Nature Climate Commitments for Climate Change, joining a carbon-neutral movement on college and university campuses across North America. The commitment, signed by President Le Roy, marks the challenge to become carbon neutral by 2057.

The United States is the second highest emitter of CO2 in the world. As of 2015, Calvin’s campus emitted 26,675 MTCE (Metric Tons Carbon Equivalent). But Calvin also soaks up carbon — a process called sequestration — mostly from the trees maintained on our campus and at our preserves — Camp Waltman Lake, Flat Iron Lake and the Ecosystem Preserve.

As of 2018, Calvin has been able to sequester approximately 10 percent of the amount we need to take out of the atmosphere to balance the amount of carbon emitted and the amount soaked out (known as equal point). These unbalanced numbers raise inevitable questions about whether Calvin can become carbon neutral by 2057, but steps are being taken to work towards this goal.

Calvin’s acceptance of climate change as a reality that requires that action was the first step undertaken to address carbon neutrality. Biology professor Dave Warners believes that signing the commitment not only served as an example of institutional creation care but also served as a broader encouragement to our community to advocate for creation as God intended.

Warners emphasized that climate change is real, and that it needs to be addressed before it goes haywire. In order to reach the carbon-neutral goal, there needs to be a shift from consuming carbon-based fuels to using renewable energy sources that are more environmentally friendly. Carbon based fuel like coal produce 650–950 grams of carbon compared to solar energy, which emits only 40 grams. Calvin is planning to use renewable sources of energy, especially solar energy. The Calvin Energy Recovery plant plans on the installation of solar panels in the near future. Not only will it reduce the amount of carbon emitted, it will also save the college money in the long term.

“There are carbon footprint websites that everyone can use to find out how much carbon they emit,” said Warners. He further emphasized the need to mind the foods we eat and the carbon footprints left by their production. By eating locally grown foods, we can avoid depending on vehicles to ship the food long distances and thereby reduce the carbon cost of our diets.

According to the Summary of Calvin College Carbon Balance Budget, developed by economics professor Becky Haney and physical plant directors Jack Phillips and Russell Bray, Calvin’s carbon emission has been decreasing over the past few years. Calvin has achieved this decrease through the maintenance of the trees on campus and at Camp Waltman Lake, and replacing incandescent bulbs with LED (light emitting diodes) as the primary source of lighting.

LEDs have a smaller carbon footprint and only consume a small fraction of energy compared to incandescent bulbs. Installation of LEDs reduces carbon footprint by soaking six tons of carbon per year. Phillips listed different areas where LED lights have been installed on campus including street lights, building lighting, sports lighting and soon, dorm lights as well.

The physical plant has also reduced airflow in some areas to save HVAC (heating, ventilation and air conditioning) energy, thereby reducing the amount of electricity used.

An important approach in Calvin’s journey to becoming carbon neutral is continuing to take good care of natural areas and even working to increase the number of trees and natural habitats on Calvin property. Camp Waltman Lake is a case in point — at 320 acres, it contributes to the highest percentage of carbon sequestration of any of Calvin’s land holdings. Therefore, from a carbon perspective alone, it makes sense for Calvin to maintain and conserve this piece of land.

Table 1 below indicates the decrease in carbon emission at Calvin since 2009.