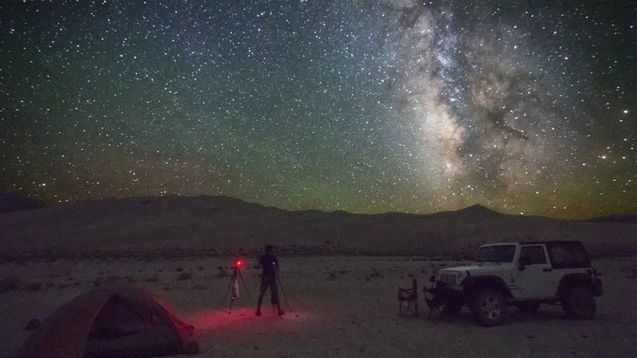 Calvin College continued a commitment to the integration of environmental sustainability and the arts with the Wild and Scenic Film Festival on Saturday.

The festival was brought to Calvin as part of a collaboration of the Student Activities Office (SAO) and the Environmental Studies Department.

According to Student Activities Director Ken Heffner, the origins of the Wild and Scenic Film Festival lie in the Wild and Scenic Rivers Act, passed by U.S. Congress in 1968 and currently celebrating its 50th anniversary. The goal of the act was to aid in the preservation of the country’s extensive river systems, and the act was in some ways a precursor to the creation of the Environmental Protection Agency.

Heffner first heard of the festival through his wife Gail Gunst Heffner, director of community engagement at Calvin. She is involved in the Plaster Creek Stewards program, a local river sustainability organization with significant ties to the college. Upon seeing a demonstration of the festival at a conference the Plaster Creek Stewards were involved in, Heffner promptly reached out to professor James Skillen of the geology, geography and environmental studies departments, with whom SAO has partnered for the Banff Mountain Film Festival (BANFF) for a number of years.

BANFF, a popular outdoor documentary festival out of Alberta, Canada, stops at Calvin every spring and has drawn increasing viewers from the greater Grand Rapids area every year. Heffner described BANFF as “the outdoor film version of Sundance.” Seeking to further the relationship between sustainability and the arts at Calvin, Heffner felt adding another festival in the fall semester would be beneficial for both.

What is unique about Wild and Scenic is that whereas BANFF is a “real white-knuckles, cliffhanger — crazy stuff people do outdoors. This one’s got some of that feel, too… [but] there’s a little bit of an activist angle which you don’t see as much of in the Banff Film Festival,” said Heffner.

The films ranged in length and content, anywhere from three to 25 minutes long, and covered a host of topics all involved in outdoor adventuring and environmental sustainability. Using the unique power of cinema, many of the films not only emphasized the overwhelming beauty and grandeur of nature, but made their points by highlighting the connection between nature and humanity to elevate persons’ connection with their environment.

This was seen in films screened such as “Great Lakes, Bad Lines,” a 25-minute piece which chronicles the fossil-free journey of two young Michigan natives traveling along the route of Line 5, an oil pipeline maintained by Enbridge, Inc. that partly goes through the Great Lakes around Mackinac Bridge and stands in danger of bursting, spreading oil throughout the entirety of the Great Lakes. As the filmmakers make their journey, they emphasize not only the environmental damage such an event would cause, but the connection to place that many people in the area feel which the pipeline threatens.

“Mothered by Mountains,” for example, was the story of Nepali mountain guide and climber Pasang Lhamu Sherpa Akita and her friend, punk-rocker Sareena Rai. The filmmakers, self-described as “white dudes” in the end credits, are at first attempting to make a documentary about “badass women” by filming their journey up a mountain, complete with motorcycle rides. However, as the film progresses, Akita and Rai challenge the notion of feminism having to exist within male-dominated projections of what is considered “badass.”

What the festival made clear is that making films as a way of advocating for the environment is not just about nature itself, but humankind’s connection to that which we cannot survive without. By placing people at the center of their stories, the films presented at the Wild and Scenic Film Festival showed the audience the personal connection they have with the world around them and thus the responsibility they have to take care of it.

Heffner believes in Calvin’s “high regard for human beings as image-bearers … [that] just screams for you to care for [creation], and to develop it in such a way that it flourishes rather than withers.” Even in the face of what appears to be an obvious connection between faith and creation care, “the reality of how we have engaged with creation has been devastating, and Christians have not been the exception to that. Quite frankly, neither have Calvinist Christians,” said Heffner.

While neither BANFF nor the Wild and Scenic Festival comes from a purely Christian perspective, the scenes and stories they highlight bring “a sense of awe and wonder to natural creation” that Heffner hopes will “animate people to care about and get involved in environmental stewardship and creation care.”