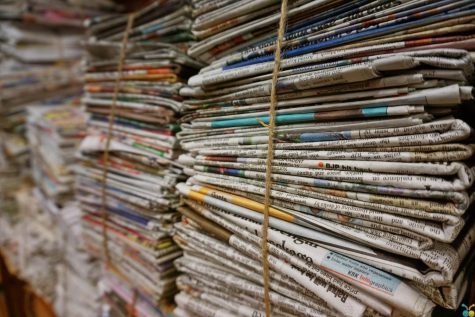 Last week Monday, Jerome Socolovsky, the then editor-in-chief of the Religion News Service (RNS), tweeted to announce that he had been fired from his position. According to staff, the firing is the result of rising tensions between Socolovsky and RNS’ publisher Tom Gallagher.

The publication has been struggling to maintain online traffic and advertisers, a common problem in journalism, especially in religion news.

RNS has been one of the only media publications devoted to covering religion news from an independent standpoint. Many within the religion beat worry that this event means bad news for religion reporting across the country, which is minimal as is.

Of the ten most circulated newspapers in America, only one, The New York Times, has a religion section in their print edition. Even student newspapers like the Wheaton Record and the Dordt Diamond, both produced by evangelical Christian colleges, lack a section devoted to solely religion stories. What accounts for this gap? Has America suddenly become far more secular?

Not at all; in fact, America is more religious today than it was at the time of its founding. More than three-fourths of the American population report identifying with a religion and religion being at least somewhat important in their lives, according to Pew Research. According to Gallup, weekly church attendance has stayed fairly consistent for over a century.

According to Debra Mason, professor at University of Missouri’s School of Journalism, many national news outlets have not historically covered religion.

According to Pew Research, people read newspapers far less now, opting to get their news from some kind of screen. Newspaper profit and circulation has declined since the 1980s. Many smaller, regional newspapers have shut down since then. Major American cities will have gone from having multiple newspapers to just one.

Mason stated that religion coverage fell to these smaller news outlets. Their demise has meant the demise of the religion section as well. Mason states that she can only think of one religion reporter in the state of Michigan and none in her state of Missouri, the fifteenth most religious state in America, according to Pew.

As the national media is often characterized as more liberal than most Americans, out of touch and aggressively secular, it is easy to imagine why they might not see religion as a priority. Although there are statistics to support the first claim, no specific data supports the third. (The second might just be a matter of opinion.)

Using information like level of education and party identification can help measure religiosity, but those create questions as well. Higher levels of education correlate with lower levels of religious commitment and importance. Additionally, liberals on average attend religious services far less than their conservative counterparts.

The data available leads to a reasonable, but not concrete, conclusion: many editorial boards don’t view religion news as an important field of journalism.

“These stories are important. Stories that take longer, that get into nuanced relationships of people of faith aren’t getting into the mainstream media,” Mason lamented.

The religion section in America is at a precarious place, dependent on either the survival of the print magazine or entering into online journalism. Given current trends on newspaper readership, the latter is more likely. Already, news websites like Huffington Post provide religion sections for their readers. According to Mason, religion reporting is entering online journalism because those outlets recognize its significance in people’s lives.

“It is a crisis of stories on religion and faith,” Mason said. “The values in our neighborhoods, churches, towns, temples and synagogues aren’t being covered.”

Additionally, in the era of social media, religions and denominations are more likely to self-report. For example, the Christian Reformed Church has produced The Banner since 1866. Knowing that newspapers were unlikely to cover the happenings of a small, immigrant denomination, the church took it upon itself to produce news. Now, even larger denominations and religious groups like the Episcopalian Church have taken this task upon themselves.

Events like the RNS firing shake the “small tribe” of religion reporters who are already fighting for readers and advertisers. Mason stated that writers and publishers alike have to fight to make religion reporting sustainable. The events at the RNS are an example of when the pressure of declining sales can harm that relationship.

Time will tell the fate of the religion section. However, until then, Chimes is committed to providing fair, complete and accurate religion reporting.