Professor denied tenure by board of trustees 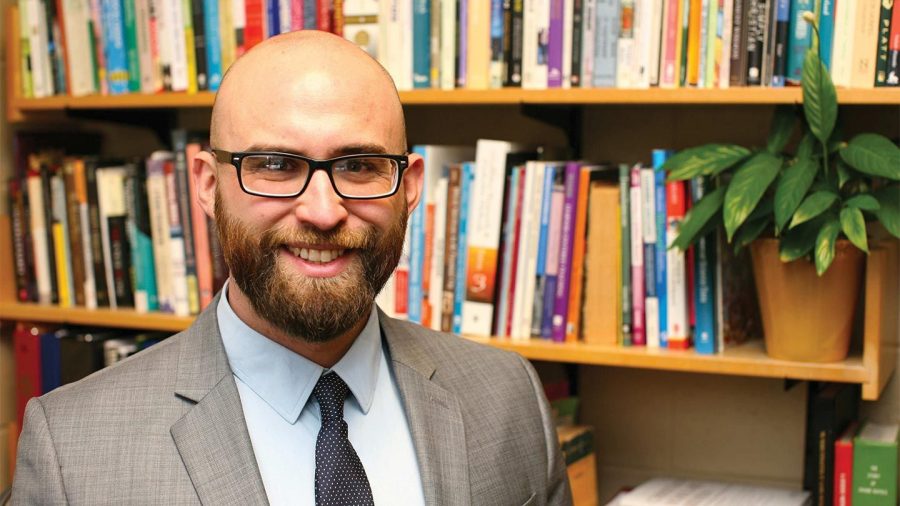 During a Feb. 1–3 meeting, the board of trustees did not approve a tenure appointment for social work professor Joe Kuilema.

The professional status committee (PSC), which is the final stage of the tenure appointment process before board approval, unanimously recommended Kuilema for tenure in October 2017, according to sources familiar with the case.

In interviews with nine Calvin faculty members across five departments, each of whom carries between 10 and 35 years’ experience teaching at the college, none knew of another instance in which a faculty member’s tenure bid was recommended to the board for approval and at that stage was turned down. However, due to confidentiality policies, it’s unclear exactly how often such a situation occurs.

Calvin has a policy against commenting on personnel issues at all levels, so the grounds for the conclusion are not public. “The board makes its reasons clear to the person who may or may not have been given tenure,” said Provost Cheryl Brandsen.

For members of the social work faculty, however, the ruling was unexpected. “We in the department were surprised and disappointed,” noted one social work professor who asked to remain anonymous. “We were totally behind him.”

Kuilema, who is currently leading a semester in Ghana, confirmed that his tenure bid was denied, but declined to comment further.

Tenure positions are held by faculty with a terminal degree in their field and at least seven years’ full-time teaching experience with a rank of “instructor” or higher, according to the faculty handbook. Once a professor has tenure, they can only be “separated from service” for “financial exigencies,” “elimination of programs” or misconduct.

Consideration for a candidate’s tenure begins at the department level. A candidate assembles a portfolio that includes scholarship, course evaluations and other relevant materials. The portfolio is reviewed several times before reaching the board, and the bid can be declined at any of these stages: department, dean, PSC, provost and president.

Lissa Schwander, a former professor in the social work department, and English professor Linda Naranjo-Huebl both reported that Kuilema’s course evaluations were consistently strong. Regarding his scholarship, said Schwander, who also taught Kuilema when he was a Calvin student, “He’s a product of Calvin College. He backs his stuff up.”

Kuilema’s recent publications include “Faith as Virtue in Social Work Practice: A Reformed Perspective” in the journal “Social Work and Christianity” and his 2016 dissertation titled “Motivations for international collaborations in social work education,” which was completed at Michigan State University.

“He’s a very hard worker and very dedicated to teaching his students,” added the anonymous social work professor. “He can articulate Reformed perspectives uniquely and comprehensively. He embodies what we want on our faculty.”

Interviewed faculty shared some suspicion regarding the unusual sequence of events. “It’s unsettling for others,” said the anonymous social work professor. “If PSC has worked with the candidate, what are the grounds for the board decision? What can others going up for tenure do to avoid this?”

“The board does the bidding of the administration on these kinds of issues,” said Schwander. “It’s hard to believe this decision was made without serious input from previous levels.”

Naranjo-Huebl had similar concerns with lack of transparency in the tenure process. She noted that Calvin expects confidentiality from all parties in personnel matters, which means faculty and staff are discouraged from waiving their own confidentiality. “The confidentiality card is more often played to protect decision-makers,” she said.

Kuilema has met with Brandsen and some academic deans regarding institutional transparency in the past, reported the anonymous social work professor. He has also written about and demonstrated his support for LGBTQ+ students and pressed the administration for clarity on academic freedom regarding scholarship about LGBTQ+ topics.

In December 2015, Kuilema gained campus notoriety when he published an op-ed in Chimes titled “Putting racism, white supremacy, and white privilege in context.” A year later, Kuilema’s name was added to Professor Watchlist, an online catalog of higher education faculty who “discriminate against conservative students and advance leftist propaganda.” The Watchlist cited Kuilema’s Chimes piece in the listing.

Following the Watchlist, Kuilema received hate mail and death threats. Subsequently, 112 faculty signed a letter to Turning Point USA, the publisher of Professor Watchlist, expressing support for Kuilema and asking to be added to the Watchlist alongside him. The request has not been granted.

Naranjo-Huebl, who signed the faculty letter in 2017, expressed concerns about the secrecy around the board’s process. “If there is an injustice, we don’t know,” she said. “We’re purposely left in the dark so that we can’t protest a bad decision.” The candidate, however, may file an appeal. It is not known at this time whether Kuilema plans to appeal the board’s decision.

The anonymous social work professor said, “I want to think there is integrity in the board,” but “it doesn’t create a space with a lot of confidence when you have to wonder if any of [Kuilema’s activism] contributed to the decision.”

Brandsen is confident that Calvin’s processes for tenure decisions are clear and fair. “I get it that from the outside it can look like it’s not transparent,” said Brandsen, “but I think that the processes that are in the handbook are pretty clear for how we want to operate in that space. We don’t want to act capriciously; we don’t want to make snap judgments.”